Bodybuilder Kevin Levrone joined Dennis James for a discussion about politics in bodybuilding and why only a select few have won Mr. Olympia in the show's history. 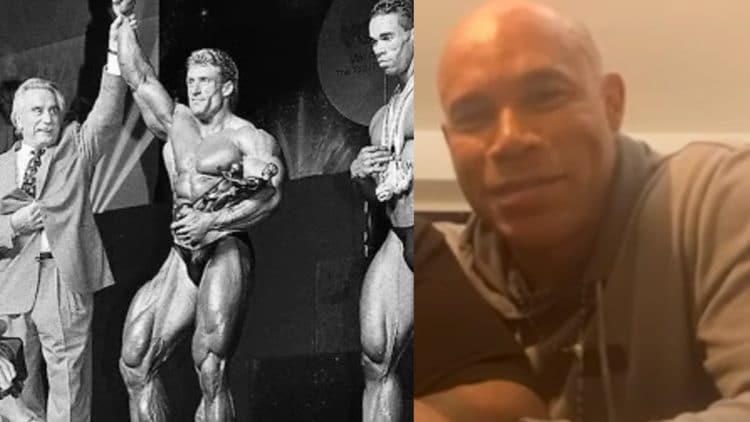 Bodybuilding veteran Kevin Levrone had a major impact on the sport of bodybuilding throughout the 1990s to mid-2000s. In a recent discussion with Dennis James, Levrone opened up about politics in bodybuilding and why there has only been a handful of Mr. Olympia champions throughout the show’s history.

Levrone sported an aesthetic build with incredible definition throughout his bodybuilding tenure. The Men’s Open competitor is well known for his on-stage battles against legends like Flex Wheeler, Kai Greene, Dorian Yates, and Shawn Ray. He has competed at a staggering number of Mr. Olympia contests and was celebrated for his ability to enter shows consistently in razor-sharp condition. He was a four-time runner-up at Mr. Olympia, a career that spanned from 1991 to 2018. Despite being in his mid-50s, Levrone hasn’t slowed down in the slightest and continues to train in retirement.

Levrone finally decided to retire in 2017. However, he made his way back to the sport a year later, where he brought his physique to the 2018 Arnold Classic Australia. While he brought a respectable package, he was outperformed and ultimately left the contest in 13th place.

Even though Levrone wasn’t able to capture a coveted Sandow trophy, he made up for it with an active schedule that saw him earn gold on several occasions. He may have hung up his posing trunks for good, but Levrone can remember a time in which Joe Weider, the creator of Mr. Olympia, thought he had the tools to be the number one bodybuilder in the world.

In a recent podcast episode with retired Pro Dennis James, Levrone opened up about a conversation he had with Joe Weider earlier in his career. Levrone maintains that bodybuilding was/is all about the money and asked Weider bluntly why Mr. Olympia kept awarding first place to the same guy.

“Of course. I’ve learned not to take it personal, your placings because I remember asking Joe, ‘well why is it that none of us can never win the Mr. Olympia and you always keep giving it to the same guy?’

His answer to me at the time was ‘if I take my top-four guys that finish second, third, fourth and I shuffle you around, and I put you in first, and Shawn whatever it is, then I’m still going to make the same amount of money. Nothing is going to change but if I keep Dorian [Yates] where he’s at, he opens up a whole completely different market. That was the first thing.” Kevin Levrone told James and the group.

During Levrone’s time in the sport, six-time Mr. Olympia Dorian Yates was considered to be one of the biggest attractions. So much so that Levrone remembered a discussion with Weider where the Olympia executive admitted that it’s not in his best financial interest to award someone other than Yates. One important factor influencing Weider’s decision at the time was the fact that Dorian represented the European market unlike many of his competitors.

“Yeah. He was right. He was right too. If I had won, Flex whatever, Shawn whatever, Chris whatever, the corporation wouldn’t have made any more money, but Dorian Yates opened up another whole avenue. At that point, I said, ‘you know what, it’s business’.

After speaking with Weider, Levrone revealed that he was included in the Muscle and Fitness magazine cover. Weider made it clear that Levrone was ‘good enough’ to win the Olympia title, but other factors were always at play that prevented him from doing so.

“Then he said, ‘it’s not that you’re not good enough to be Mr. Olympia, you certainly are good enough. I respect what you did. Then, he put me on, I think it was a 60-second edition of Muscle and Fitness, that’s when he decided to put me on the cover, you know.” Kevin Levrone explained.

As of late, Levrone has taken a step away from the sport and remains an important figurehead in bodybuilding. When he’s not pumping iron at the gym, Levrone creates music with his free time. Given his experience and knowledge regarding bodybuilding, his insight is of value to the community.