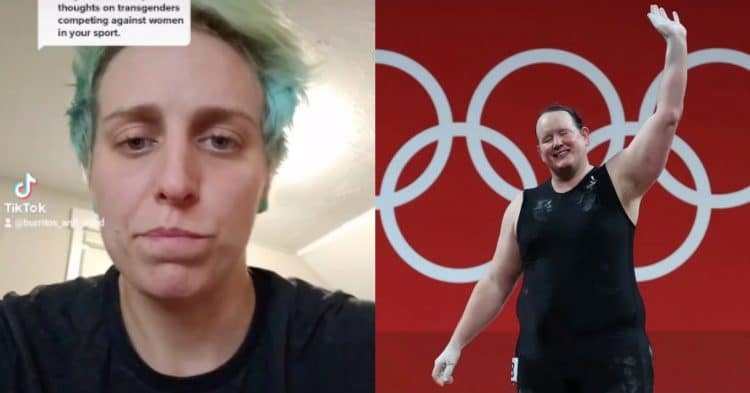 The inclusion of trans weightlifter Laurel Hubbard in the 2020 Olympics was a topic of controversy among fans and athletes alike. TikToker and heavyweight weightlifter Laura Mariel is going viral for her fiery speech to defend her fellow weightlifter.

Hubbard competed at the Tokyo Games as the first transgender athlete to compete in the Olympics. While this was the cause of both support and frustration, in the end she would be excused from the Games early after going 0/3 on snatch attempts.

Laura Mariel is a exercise physiology student and weightlifter who competes as a heavyweight, and has a strong following on TikTok. She recently had a video go viral on the social media platform, where she defends the trans athlete, and says that people only care about this issue so that they can confirm their own problems with transgenders, with no real care for women in sports.

“Stop asking this question because you guys don’t actually care about us.”

Laura Mariel makes some solid points about the merits of the majority of people who are questioning allowing transgender athletes to compete. That being said, this does nothing to actually dissuade the legitimate concerns over how fair this is for the other women competing.

There were several athletes who were either told not to speak out against Laurel Hubbard, or even some given an ultimatum to retire or change divisions. Hopefully when the IOC reassesses their guidelines for trans athletes, some of these issues will be alleviated.

How to Structure Your Own Workouts