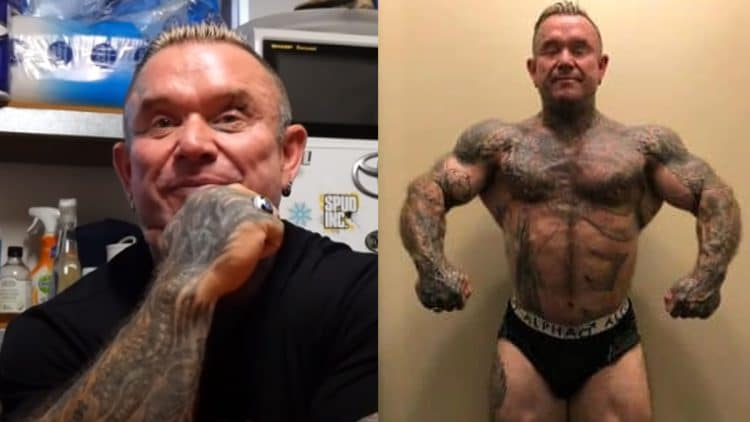 Lee Priest is one of the sharpest minds in bodybuilding and is applying that knowledge by undergoing a physical transformation. In a recent appearance on YouTube, Priest discusses the simple diet he’s using to improve his physique while maintaining proper health.

During his time as a prime bodybuilder, Lee was known for his activity, conditioning, and willingness to compete with anyone at some of the most prestigious shows. He remained a perennial contender for much of his career spanning the 1980s to 2000s.

After establishing himself as a Pro, Lee managed to qualify for Mr. Olympia a total of six times with three IFBB Pro League show victories under his belt. One of his most significant seasons came in 2006 when he took first place at the 2006 Iron Man Pro and dominated the Night of Champions show in New York. Lee is known in the industry for his transparent nature. Unfortunately, at one point, Lee’s bluntness landed him in hot water, and was banned from competing in the IFBB Pro League.

After sustaining a back injury a few years ago, Lee practiced boxing pad work when he was unable to lift heavyweights. With his health restored as of late, despite pushing fifty years of age, Lee Priest is acclimating his diet to one that resembles what he was eating during his younger days as a bodybuilder. Priest credits simplicity as an essential factor to maintaining an impressive bodybuilding physique.

Lee asserts that people believe there are secrets to developing and maintaining a built physique. However, Priest stresses that simplicity and not overthinking a diet is important to achieving success.

“Ta dah, that’s the thing. The questions that people ask me. They think that there’s some secret to how you cook it or what you put on it. Fuckin hell, that couldn’t be any more basic. Don’t overthink it.” Lee shared.

Priest shared his starting point for his physique transformation a few weeks ago. Priest’s forearms and biceps were certainly among his strongest attributes. While he’s yet to express interest in competing at the possible 2023 Masters Olympia, hinted at by Mr. Olympia president Jake Woods, the door is open, nonetheless.

Despite enduring injuries later in life, Lee still appears to be more than capable of making a late surge as a bodybuilder. Having reached incredible heights in his career, Lee proposes not to overthink diets and cycles while building a physique.