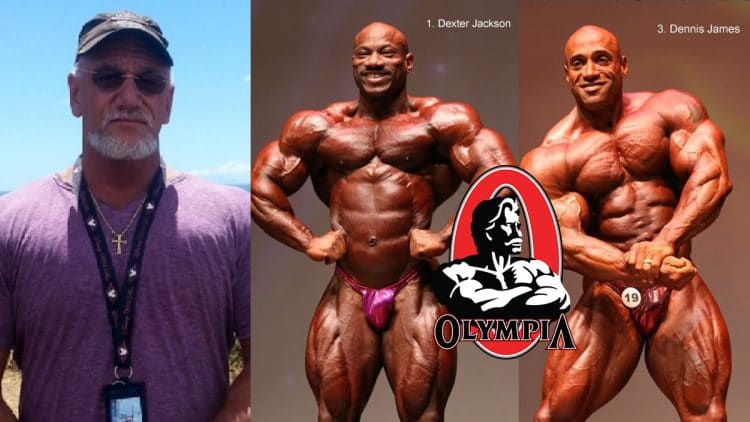 After more than a decade away from the sport, the Masters Olympia competition appears to be on the precipice of a big return. Recently, Olympia President Jake Wood revealed the competition will come back in 2023.

To accommodate older bodybuilders, the Masters Olympia competition was created by Joe Weider in 1994. In 2014, David Pecker took over as president of the company following Joe’s time in the Olympia office. Then, in 2020, Jake Wood transitioned from a career in Aerospace to becoming the new president of Olympia.

In its 56-year history, the Mr. Olympia organization has seen a total of three owners. As the biggest bodybuilding show of the year, it remains a highly prestigious event with notable athletes participating from across the globe.

As the current president of Olympia, Jake Woods has enacted changes in the sport with an emphasis on athlete safety. Following the death of woman’s bodybuilder Alena Hatvani-Kosinova last August, Wood was adamant that changes to judging were a necessary adaptation to the growing sport. With less emphasis on conditioning, Wood proposed widespread change in all of the divisions to facilitate safety as the number one priority.

From 1994 to 2003, and then, again in 2012, a Masters Olympia winner was crowned. The final champion of Masters Olympia in 2012 was Dexter “The Blade” Jackson. According to the president himself, it appears the Masters Olympia competition is struggling to iron out an exact date and location but it’s certainly on the docket for next year.

While the competition has been dormant for about a decade, Jake Wood seems confident the highly anticipated show will return next year. Speaking with retired bodybuilder Dennis James on the Muscle and Fitness YouTube channel, Wood revealed some ongoing details surrounding Masters Olympia.

“Absolutely yeah, as a matter of fact, we had started plans to have the Masters Olympia in Romania this upcoming year. After looking at the immigration policies of people actually getting in, we decided it’s too risky for such a big event.” Jake Wood told Dennis James.

The organization had plans to host the show in Romania, but those plans were nixed after immigration policies deemed the endeavor too risky for such a major bodybuilding event. When Dennis James asked if the Masters Olympia competition will join Olympia on the same Dec. weekend, the president shot down the idea. Overall, Wood believes the competition of older bodybuilders is big enough to warrant its own dedicated weekend.

“I think that would be too much at the Olympia weekend. No, I think it deserves better treatment than that. We definitely want to have it. It’s going to start happening here, something has to happen. Wood said. Definitely by 2023.”

“Well, what do you change? You change the age requirement. Where do you set the bar as far as the age? At first, we said we would like it to be at forty and above. Wood stated. Well, there’s still a lot of the top guys who are right there. So, you know, the men’s open, and all the other classes too. I think maybe 45, might be the mark.”

With the current climate in bodybuilding, Wood is uncertain as to what age he should open Masters Olympia to. As it stands, there are plenty of bodybuilders pushing forty and remain constant threats inside of competition. Given that a decent margin of top talent is close to 40-years-old, i.e., Brandon Curry being 39, Big Ramy, 37, it makes sense that Wood is targeting 45-years-old as the ideal age to open the competition at.

After a near decade hiatus, Jake Wood is keen on seeing the Masters Olympia competition return. Jake Wood has confirmed a 2023 return is in the cards and it would continue to give older bodybuilders an opportunity to make a living.