Given his recent physique update on social media, perhaps a run at 2023 Masters Olympia is possible for Lee Priest next year. 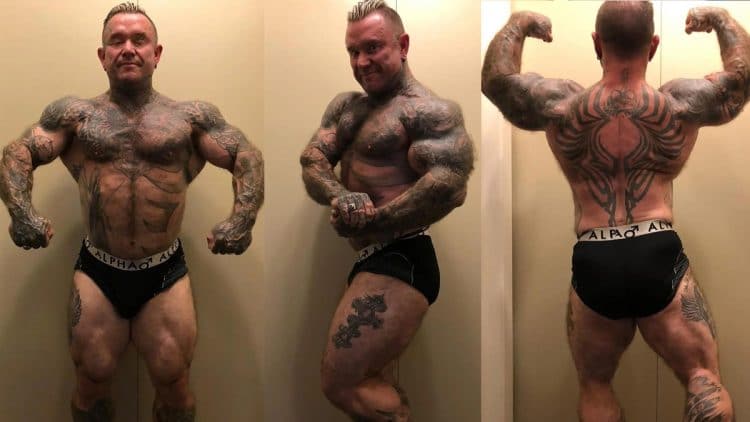 Australian legend Lee Priest was a perennial contender in the late 1980s to the 2000s era of bodybuilding. Recently, Priest published a physique update on social media and shared his starting point for the transformation he plans to undergo in the coming months.

During his prime, Lee Priest qualified for Mr. Olympia six times and won a total of three IFBB Pro League shows. Rarely do athletes leave the sport on top, and Lee Priest managed to win his last three bodybuilding shows before entering retirement.

Priest had an impressive season in 2006. He secured the title at the 2006 Iron Man Pro which remains one of his biggest accomplishments in the sport and also took home the first-place trophy at the 2006 NOC New York and the PDI Night of Champions show. Then, Priest competed and won his last show when he captured the 2013 NABBA Mr. Universe title.

Last month, Mr. Olympia president Jake Woods confirmed that Masters Olympia will be coming soon, and believes its return will happen “Definitely by 2023”. The Master’s Division was created by Joe Weider in 1994 to accommodate older bodybuilders who still have a desire to compete on stage. Lee Priest hasn’t signaled that he’s preparing his body for Masters Olympia, but, the legend would be a great addition to the show given that he’s almost fifty years old.

Life as a retired bodybuilder has not been without challenges for Lee. In 2014, bodybuilding legend got into a car accident and suffered a neck injury, which resulted in multiple surgeries. According to Priest, he suffered from a lower back injury in 2021. After the injury, Priest attests that it was harder to rest because it made his body feel worse so he cut his exercise down but still hit pads and cycled to stay in shape. The Australian legend is an open book, and fans have always taken to Lee because of his transparency regarding the sport.
Lee came from a different era in bodybuilding. He believes the newer age of athletes aren’t competing at enough shows annually to make meaningful improvements to their physiques. Priest compared his craft to boxing and is adamant that consistency is essential to evolve in the sport of bodybuilding.
RELATED: Lee Priest And King Kamali Say William Bonac ‘Was The Clear Winner’ At 2022 Arnold Classic
If Lee’s health is in good standing, he’s a nightmare to deal with on stage and has a symmetrical upper body that has given some of the best athletes problems at shows. With Lee’s latest physique update, a Masters Olympia run is not out of the question for the 49-year-old bodybuilder.
For the latest news and updates please follow us on Instagram, Facebook and Twitter.
FacebookTwitterRedditFlipboardLinkedIn
Categories: Bodybuilding News
Previous Post

Deadlift Bar vs. Stiff Bar – Differences, Benefits, and Which One to Use

Legend Jay Cutler Reveals His Steroid Cycles To Answer a Hidden Question: ‘What Do the Pros Take?’