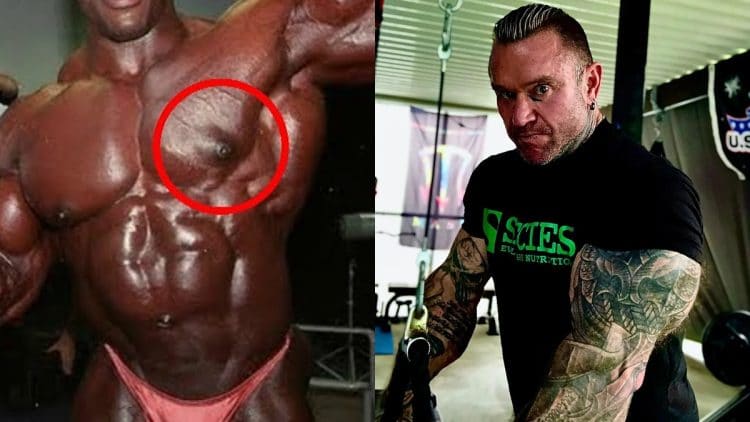 Bodybuilding legend Lee Priest recently discussed if William Bonac should have lost the 2022 Arnold Classic due to ‘bad gyno’ (Gynecomastia) and ‘washed up abs’. Bonac brought a tremendous physique at the 2022 Arnold Classic and seemed to be edging past winner Brandon Curry in the finals. However, the judges scored the contest in Brandon Curry’s favor. The result has since been heavily criticized in the bodybuilding circuit by experts and fans alike.

While speaking on the Foud Abiad’s podcast Bro Chat a few days after the event, retired bodybuilder Guy Cisternino claimed that IFBB President Jim Manion explained him the reasons behind William Bonac’s loss to Brandon Curry.

“(Jim Manion) said one of the things that (William) Bonac… That the judges didn’t like was that he was very washed up in the abs. He almost looked like he didn’t have any abs at all. He made reference to how bad his gyno (Gynecomastia) was which was very relevant in every pose,” Guy Cisternino said.

Gynecomastia or gyno is a condition caused by hormone imbalance. When male hormone (Testosterone) level reduces or female hormone (Estrogen) level increases in a man’s body, the male breast tissue increases in size and becomes tender.

In a recent video on Sam’s Fitness YouTube channel, Australian bodybuilding legend Lee Priest dissected the validity of these claims and gave insights on the topic. Priest also reinforced his arguments with the fact that bodybuilders like Ronnie Coleman have won the prestigious Olympia crown with more evident Gynecomastia and bloated midsection.

Lee Priest questions how much importance should Gynecomastia have

Lee Priest said that he did not notice William Bonac’s Gynecomastia while watching the show live. However, he disagreed with the result.

“I watched (the 2022 Arnold Classic) but I didn’t look that close at William’s titties. So I was just looking at his physique. But I guess in the judges’ eyes if they were sitting right down there in front of him. But I’ve seen other guys – Ronnie (Coleman) had bad gyno… And he won the Olympia. So how can you put somebody down for gyno? A lot of bodybuilders have won shows with gyno,” Lee Priest said.

Lee Priest further stated that William Bonac had a complete package to beat Brandon Curry at the 2022 Arnold Classic. Citing Ronnie Coleman winning Olympia titles with Gynecomastia, he questioned if it is right to apply the condition as a point scorer selectively.

“Is that a thing they can use now to say he didn’t win because he had gyno but again if somebody with gyno wins, I guess they can just pull that gyno card out of the pack and use it when they need to,” Lee Priest said.

Priest and company further discussed the extent to which issues like Gynecomastia and bloated stomach should affect the rankings. Citing William Bonac’s runner-up finish at the 2022 Arnold Classic, Lee Priest questioned:

Having competed as the IFBB Pro bodybuilder for over 16 years, Lee Priest has gone through numerous competition preps. He understands the circumstances in which a bodybuilder has to appear on stage with Gynecomastia. Lee explained one of the reasons behind this and said:

“The thing is because sometimes you wouldn’t know it because you are in the off-season and you’ve got a lot of body fat. You won’t notice (the gyno) until you diet down and then you’re just left because it is like a fatty tissue.”

Surgery and medication are helpful to treat this condition. However, the 49-year-old revealed a temporary solution that many bodybuilders use to hide the gyno during competitions:

“You could probably put ice on it. I’ve heard people have done that before. Yeah, they put ice and then it tightens up. But it’s only going to last so long, isn’t it?”