No Result
View All Result
Muscle Talk
Evidence Based
Evidence Based Research
This article was written by one of our qualified writers, and fact-checked by our experts. The numbers in parentheses (e.g. 1, 2, 3, etc.) throughout the article, are reference links to peer-reviewed studies.
Our team of experts include a board-certified physician, nutritionists, dietitians, certified personal trainers, strength training experts, and exercise specialists.
Read Our Editorial Process

Gyno in Bodybuilding: The Ultimate Guide 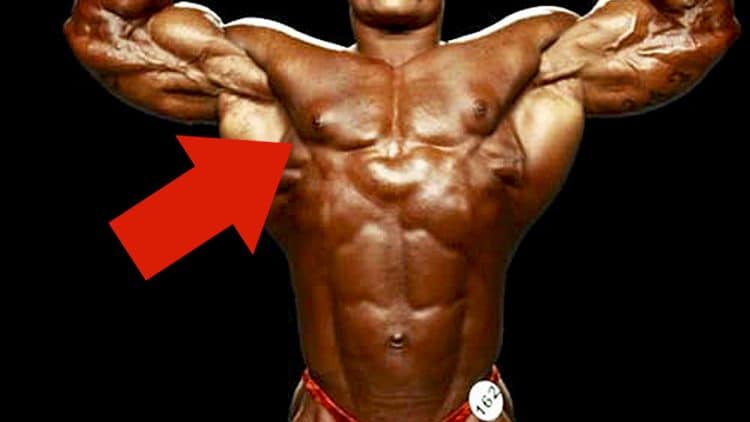 Gynecomastia, also known as gyno, man boobs, or moobs, is a condition that makes breast tissue swell in boys and men. Gyno cases are more common amongst bodybuilders who use anabolic steroids.

Developing muscle proportions, symmetry, size, and quality are a bodybuilder’s ultimate goals. However, gyno could ruin their overall aesthetics — lowering their self-confidence and subsequently hampering their score in a contest.

According to research, gynecomastia in male bodybuilders is mostly caused by excessive production of estrogen or prolactin as a result of anabolic drug use. (1)

The first sign of gynecomastia may be a lump of fatty tissue under the nipple. Furthermore, it can lead to a puffy, swollen, and breast-like appearance in the chest and nipple area. 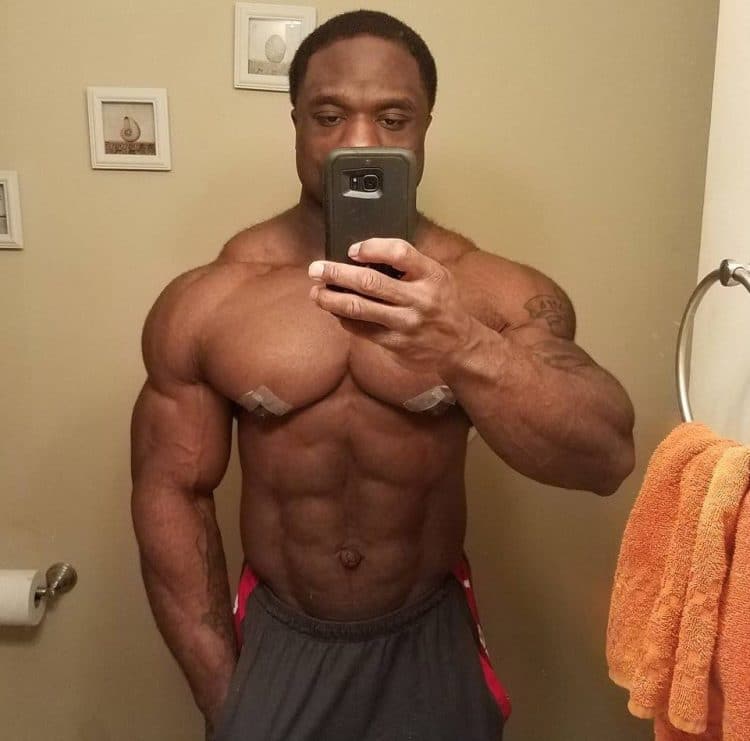 Another gyno symptom includes the presence of a firm, symmetrical rubbery mass that extends concentrically from the nipple. The usually harmless condition can cause psychological and social distress among individuals tackling the issue.

This article breaks down everything you will ever need to know about gyno in bodybuilders.

History of Steroids in Bodybuilding

Before we discuss the first use of testosterone in bodybuilding, let’s learn a little about the history of gear.

The male sex hormone testosterone was first discovered in 1849. Before this, no one knew the scientific reason behind the difference in a male’s and female’s development after puberty.

It wasn’t long before scientists developed anabolic steroids and started tinkering with them to study their effects on the human body.

Interestingly, a bodybuilder wasn’t the first athlete to use steroids to enhance his performance and physique. A major league baseball player, Pud Galvin was probably the first athlete to use a performing-enhancing drug (PED). He allegedly started juicing in the 1870s. He used a type of testosterone known as the Brown-Sequard elixir that reportedly elevated an individual’s testosterone levels and improved their physical performance.

This elixir did wonders for Galvin as he was MLB’s first 300-game winner and was inducted into the Baseball Hall of Fame in 1965.

The use of anabolic steroids experienced a boom in the sport of bodybuilding in the 1930s when a German biochemist, Adolf Butenandt, first synthesized testosterone. He later received a noble prize for his work.

Synthesized testosterone refers to test that is produced in a lab. Before 1935, people used testosterone extracted from animals, including bulls, horses, guinea pigs, and dogs.

Dr. Charles Kochakian is considered the synthetic testosterone pioneer who studied how the use of anabolic drugs could help improve muscle mass and conditioning. He started performing his experiments in the late 1930s.

The use of steroids saw an uptick in 1945 after Paul De Kruif published his book “The Male Hormone” which explained the benefits of using testosterone. The bodybuilding community on the West Coast made it their bible.

However, the Mr. America and Mr. Universe contests started in 1939 and 1948, respectively, and the competitors in these shows could be using steroids before Kruif’s ground-breaking book was published.

Do all bodybuilders run the risk of getting gyno, and is it only limited to bodybuilders?

Drug-free bodybuilders have a lower possibility of developing gynecomastia than the lifters who are regular gear (ab)users. However, even natty bodybuilders (or any other male) can develop gyno.

The following factors are some of the most common causes of gyno in men:

Use of Anabolic Steroids in Bodybuilding 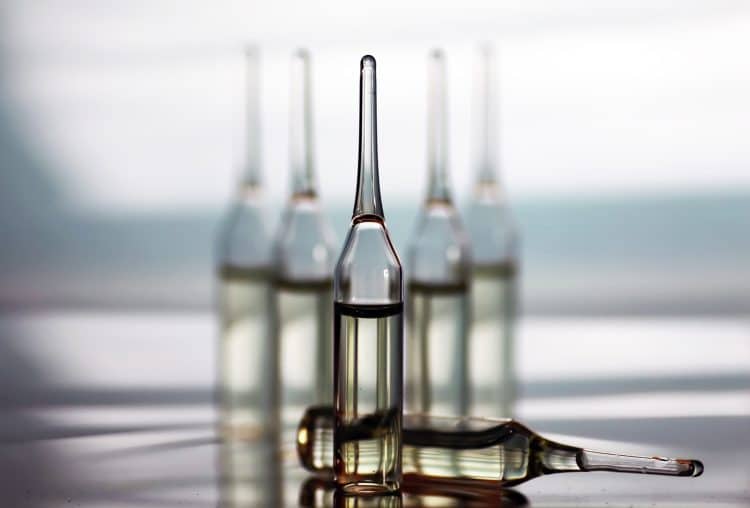 Many pro bodybuilders use anabolic steroids to put on muscle mass, increase speed, strength, and endurance, and improve their conditioning. (2)

When a bodybuilder injects synthetic testosterone into his body, a portion of the T is converted into estrogen (the female hormone) by the enzyme aromatase, causing gynecomastia. Other gear like the exogenous testosterone derivates can also be responsible for gyno in men as they attempt to break down and remove circulating test in males to facilitate muscle growth and improve conditioning.

One of the byproducts of testosterone breakdown is estradiol (a type of estrogen hormone). In the case of males with high estradiol, the result includes the development and enlargement of breast tissue.

Additionally, certain steroids can increase prolactin production in your body. In women, prolactin causes the breasts to grow and make milk during pregnancy and after birth. Besides estrogen, prolactin can also cause gyno in men.

The benefits of using steroids come with their fair share of drawbacks. Side-effects of anabolic-androgenic steroid (AAS) use in men includes:

These cons are serious enough to make steroid use unsuitable for anyone who has no intentions of competing professionally. Additionally, many pro bodybuilders routinely advise their fans against the use of performing-enhancing drugs (PEDs).

Does gyno lead to medical complications?

The lumps around the nipples usually make men worry about the possibility of breast cancer.

Most cases of gyno in men do not lead to any medical complications. However, you should see your doctor if you notice chest swelling, pain, tenderness, or discharge from your nipples.

How Does Gyno Affect the Competitive Careers of Bodybuilders?

It is no secret that bodybuilders with extended guts and gyno are negatively marked in pro bodybuilding shows.

So, does that mean it is the end of the road for bodybuilders with gyno?

This might not be the case. At least three former Mr. Olympias had gyno, including Lee Haney, Ronnie Coleman, and Franco Columbu. More recently, the gyno controversy caught fire at the 2022 Arnold Classic USA where William Bonac lost to long-time rival Brandon Curry due to notable gyno and washed-out abs.

How Common is Gynecomastia in Bodybuilders?

While it is nearly impossible to put a number to it, it’d be safe to say that gyno cases are on the rise as the sport of bodybuilding is getting more traction worldwide.

A study revealed that between 1980 and 2013, 1,574 bodybuilders in the United States underwent surgery to treat their gyno. (7)

How To Fix Gyno? 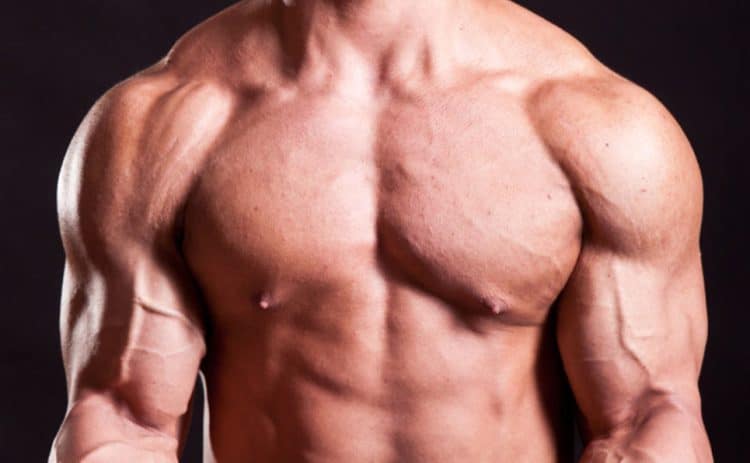 This is probably the most common question asked by people dealing with gynecomastia.

Can You Get Rid of Gyno Through Exercise?

No, you cannot get rid of gyno through exercise — resistance training or cardio, especially if you’re experiencing gynecomastia caused by glandular tissue growth.

Notably, some people confuse gynecomastia with an excess fat build-up in the chest area. Gyno refers to the development of glandular tissue around your nipple area. Although gynecomastia may be accompanied by body fat around your pecs, it isn’t a result of excess fatty tissue.

However, the boys who develop gyno during puberty slowly get better on their own without any treatment in most cases. This process involves a natural rebalancing of your testosterone and estrogen levels and can take anywhere between six months to three years.

In other cases, the gyno treatment varies depending on your age, health, duration of your condition, and how well you respond to certain drugs.

The Clinical Method of Fixing Gynecomastia

If your gyno is a result of steroid use, you should get it treated by a healthcare professional as soon as possible before it becomes permanent.

Furthermore, your doctor might recommend one of the three options listed below:

In some cases, your health care provider might prescribe you medications to address the hormone imbalance causing breast growth.

A TRT is used to counter low levels of testosterone in men and can help prevent the onset of gynecomastia by using medications such as aromatase inhibitors. However, you should consult a doctor being undergoing a TRT as a higher level of testosterone can result in greater estrogen production in your body.

If gynecomastia goes untreated for over a year, it might result in the development of fibrosis and scar tissue. It makes the gyno irreversible, and an individual will require a surgical process to treat the condition.

Surgery is one of the most effective ways of getting rid of gyno. It is also the only option in most cases. There are two techniques of fixing gyno through operation:

The surgeon will recommend the type of surgery based upon the size of the breast gland, the amount of muscle surrounding breast fat, and the medical condition of the patient.

Different individuals require different amounts of time to recover from a gyno removal surgery. An individual should not rush back into training after surgery and strictly adhere to their doctor’s guidelines.

Check Out: Michael Lockett Talks About Gyno Surgery And The Future Plans

If you have been paying attention until now, you would know that staying away from anabolic steroids can significantly lower your chances of developing gyno.

Here are a few ways of preventing the development of gyno naturally:

Check Out: William Bonac Vows To Fix Abs and Gyno, Says Doesn’t Want To ‘Give Excuses At Olympia

The use of PEDs in bodybuilding circles is a reality and will probably never go away. Pro bodybuilders push the envelope every year to bring a better and more refined version of themselves to the stage, and they are willing to put their lives on the line if that is what it is going to take.

Gyno in bodybuilding is one of the side-effects of using anabolic steroids. If you are noticing a lump of fatty tissue forming around your nipples, you should contact a healthcare professional at the earliest.

*Note: This article is for informational purposes only and should not be considered medical advice. If you or any other person has a medical concern, you should consult with your health care provider or seek other professional medical treatment.