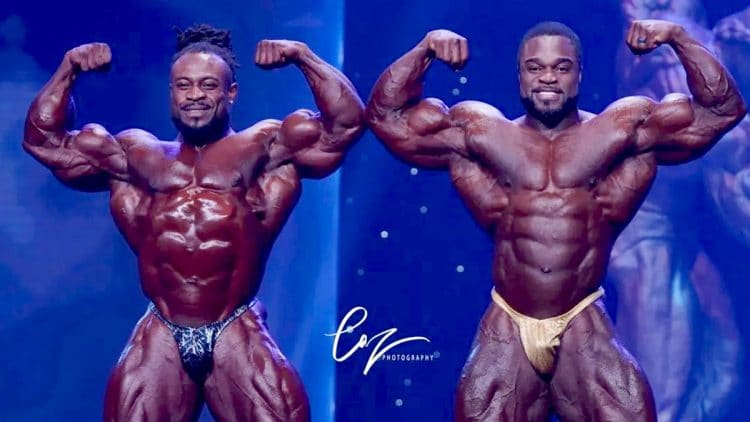 Guy Cisternino says the president of IFBB Pro Jim Manion told him the reasons why the judges did not award the 2022 Arnold Classic win to William Bonac in spite of a strong showing. Cisternino is a retired IFBB Pro bodybuilder that has competed in 40 sanctioned bodybuilding competitions and retired after a sixth-place finish at the 2021 Texas Pro. During his recent visit to the Bro Chat podcast with Fouad Abiad, Cisternino spoke about his conversation with Jim Manion about the judging criteria that led to Brandon Curry’s win over William Bonac at the 2022 Arnold Classic.

Brandon Curry and William Bonac were the frontrunners at the 2022 Arnold Classic. Many experts predicted that Curry and Bonac will occupy the first and second place at the first major professional bodybuilding competition of the year. While Curry was the favorite heading into the event looking at his physique updates, Bonac’s placing was in question. Brandon Curry seemed to be cruising to victory in the prejudging stage. However, Bonac tightened all the loose ends in the finals and gave Brandon Curry a run for his money.

Fans and experts felt that William Bonac brought a complete package with size, definition and conditioning to the stage and deserved the win. However, the judges awarded the first place to Brandon Curry. The decision soon became a controversial one as experts and fans opined that William Bonac was robbed.

While speaking on the Bro Chat podcast, Guy Cisternino said that he spoke to Jim Manion about Brandon Curry’s controversial win over William Bonac. Cisternino told Manion that he thought Bonac won the show. According to Cisternino, the IFBB president told him that William Bonac lost primarily because of three reasons. Guy Cisternino revealed his conversation with Jim Manion and said:

“He said one of the things that (William) Bonac… That the judges didn’t like was that he was very washed up in the abs. He almost looked like he didn’t have any abs at all.”

“He made reference to how bad his gyno (Gynacomastia) was which was very relevant in every pose.”

“Then he said that Brandon (Curry) was like very flowing, very hard and I told him that I wasn’t that close but when we were watching it from you know… We weren’t far back but it was hard to see under the light how hard Brandon was. So he didn’t look as hard as he was when you were close.”

The points that Cisternino explained are visible to the eye while re-watching the videos. However, it is difficult to watch the tape and deduce if Bonac’s weaknesses were significant enough to cost him the show. While expressing his thoughts on the controversial 2022 Arnold Classic finish, William Bonac said that he will come back stronger. Less than a month after the Arnold Classic, Bonac has won the 2022 Boston Pro and proved that he meant his words.