Logan Franklin Pulls Out of The 2022 Classic Physique Olympia

‘The Texas Oak’ will not be on the Classic Physique stage tonight as he withdrew from the contest at the last minute due to health concerns. 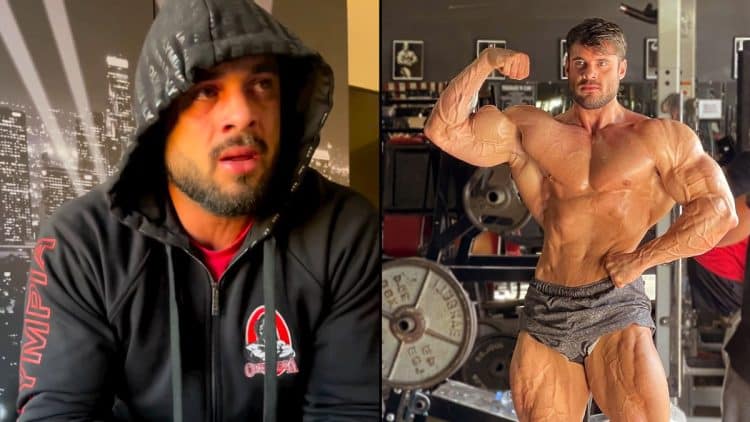 American bodybuilder Logan Franklin was set to compete in the Classic Physique division at the 2022 Mr. Olympia, held Dec. 15-18 at the Planet Hollywood Resort & Casino in Las Vegas, Nevada. In a recent Instagram post, Franklin revealed that he would no longer be participating in the event.

Franklin found his passion for bodybuilding while serving in the US armed forces. He decided to start competing as a Men’s Physique competitor under the IFBB in 2016. His potential was evident from the get-go as he earned runner-up finishes at the Europa Dallas and Karina Nascimento Pro. He also managed to crack the top five at the New York Pro.

He scored his first win the following year at the 2017 Europa Dallas and qualified for the 2017 Mr. Olympia. ‘The Texas Oak’ made his first Olympia appearance in the Men’s Physique category and placed seventh. In 2018, Franklin dominated his competition at the IFBB Tampa Pro. His second showing at the Olympia saw Franklin drop out of the top ten and place 11th.

Logan Franklin made his way to the 2019 Arnold Sports Festival, where he placed fourth. Considering the feedback from the judges, Logan Franklin felt his physique might be more suited for the Men’s Classic Physique division. He transitioned to the Classic Physique class months later at the 2019 IFBB Tampa Pro and got the third spot on the podium.

Franklin got off to a great start in the next season in 2020. He won his first Classic Physique show at the New York Pro and got to work for his Olympia return. He got the attention of reigning three-time Classic Physique champion Chris Bumstead and the pair shared a fierce rivalry going into the contest. Franklin believed his strengths were Bumstead’s weaknesses and did not shy away from speaking his mind. When it was time to step on stage, ‘CBum’ won his second Olympia trophy that year while Franklin placed ninth in his divisional debut.

Franklin enjoyed a strong 2021 as he finished runner-up at the Texas Pro just a month before getting third place at the Arnold Sports Festival. He secured an invite to the 2022 Mr. Olympia after taking home the top prize at the 2021 Shawn Ray Hawaiian Classic and appeared set for another clash with Bumstead.

Logan Franklin withdraws from the 2022 Mr. Olympia due to sickness

In a recent Instagram post, Logan Franklin announced that he would no longer be competing at the 2022 Mr. Olympia. He was scheduled to participate in the Men’s Classic Physique division.

While he did not go into many details, Franklin hinted that he was forced to make the tough decision.

“I am incredibly sorry to all my fans and everyone,” Franklin says in the clip. “It’s been a really hard decision to have to pull the plug on something you care so much about, having put so much effort in every single day with such consistency. It was a lot of work. It wasn’t easy to make this decision, get this far and to stop. Just know that no matter what it is, everything in life happens for a reason. I will be back.”

In a follow-up video, Franklin revealed that he got sick just a day before the competition and decided to pull out due to health concerns

“Don’t worry guys I’m going to make sure that I’m healthy. I made the decision to not continue pressing because I was getting really sick yesterday and my body was starting to get a little bit unresponsive.”

‘CBum’ will look to add the fourth Olympia trophy under his belt. However, there is no shortage of talent in the Classic Physique division as standouts Ramon Rocha Quieroz, Terrence Ruffin, and Urs Kalecinski are ready to battle it out for the win.