To make this pull more impressive, Lya Bavoil has done it at the end of her training session. 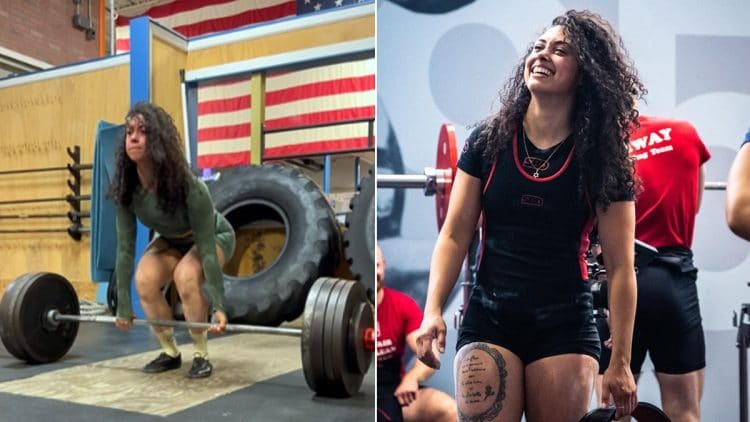 Everyone is familiar with the feeling of exhaustion at the end of the training when even the brain tries to get us to quit. However, even the best athletes in the world have those moments, and pushing through at the hard times separates them from the rest.

One of those is the 2021 IPF World Champion Lya Bavoil, and she has given some insight into her thought process while finishing her training with a massive 210 kg (463 lbs) deadlift triple. Lya only used a lifting belt, making her lift completely raw. Her current bodyweight is unknown, but she usually competes in the 63 kg or 69 kg category.

Lya Bavoil replied to our comment and stated that she is preparing for the 2022 IPF World Classic Powerlifting Championships, which will happen June 6-12, 2022, in Sun City, South Africa.

Even though there is a lot of time left to prepare, Lya Bavoil looks to be in superb shape, and she could easily improve her current official (done in competition) PRs, which are:

Lya Bavoil is only 28-years-old and has a lot of time left in her career. She started competing in 2015, and has taken part in 20 competitions since then. Lya is one of the most elite powerlifters in the world and holds a few European Records alongside all the World Records that she claimed.

Lya Bavoil’s 210 kg (463 lbs) deadlift at the end of an exhausting training session is very impressive. Furthermore, If Lya continues to push as hard in training for the rest of the season, there is no doubt that she will be one of the most dominant athletes in the world once again.

Milos Sarcev’s Biggest Regret from Bodybuilding Career: “Using The Synthol In My Arms”