Marc Hector reflected on his recent injuries: 'with my current injury, my goals dictate that I need to keep making progress and today was day one of this.' 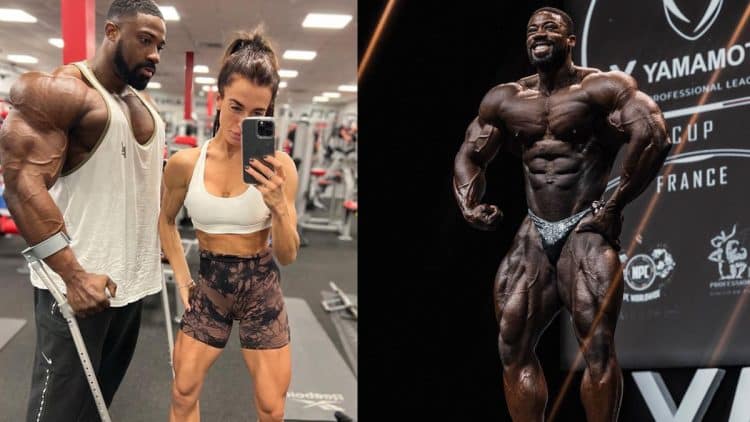 Men’s Open IFBB Pro Marc Hector has been sidelined following knee and quad injuries. In a recent post made to Instagram, Hector provided further details on the injuries and announced the end of his current bodybuilding season.

“To keep this short and to the point. I had been nursing an injured left knee (I still don’t know how this happened as there was no direct injury) for the last 10 days or so,” Marc Hector shared.

United Kingdom’s Hector gained notoriety in the sport after a pair of impressive performances in 2020. His full chest, striated shoulders, and bulletproof lower body carried him to a seventh-place showing at the 2020 Europa Pro Championships. On home soil months later, Marc brought his talents to the British Grand Prix, where he finished third.

While he opted to take 2021 off to build his physique, Hector once again proved himself in the IFBB earlier this year. Marc took on all comers at the 2022 Yamamoto France Pro. He came incredibly close to winning his first-ever Pro show but was narrowly defeated by Patrick Johnson.

Marc got additional experience competing against stiff talent when he stormed the 2022 Arnold Classic UK contest. Despite being outgunned by rising stars Andrew Jacked, Patrick Johnson, James Hollingshead, and Martin Fitzwater, Marc solidified himself as a worthy contender in fifth place.

At his third contest of the calendar year, Hector traveled to Rome, Italy, to the 2022 Tsunami Nutrition Pro and pushed winner James Hollingshead as well as runner-up Alfred Vlad Chiriac.

While he finished his last contest in third place, many fans were impressed by Marc’s overall consistency throughout the season. However, it appears his chances of making it to the 2022 Olympia stage have vanished as a result of two injuries.

In a post made to Instagram, Hector discussed his injuries and revealed that he will continue training his upper body despite the setbacks.

“My post-prep recovery phase is now underway. I kicked off today… not literally lol with chest and delts.

Training is very much a huge part of my life and even with my current injury my goals dictate that I need to keep making progress and today was day 1 of this.

Today the members couldn’t have been more helpful towards me (without me even asking) loading my weight plates, re-racking my weights etc. This might seem like something small, but to me this is huge and I’m very grateful (I could have done with this help in prep too lol).” Marc Hector wrote.

Hector added that he plans on keeping fans up to date on his injury progress over the next several weeks and hasn’t slowed down in the gym. He said he’s currently walking with crutches.

Prior to his quad injury, Hector opened up about his knee issues.

“Yesterday on my morning walk my leg locked up again causing major swelling and fluid around my knee.

I went to the A&E and spent over 12 hours there seeing various people different blood tests and processes of elimination as to what it could or couldn’t be (by the way the NHS staff deserve massive credit for their work!).” wrote Marc Hector.

“Although my season has ended prematurely I could not end it after Italy even though my body was tired. There was something that was deep within me that told me I have to prove that there is more. Not everyone will agree with your decisions and that’s fine, but sometimes you have to back yourself!

I hope this check in gives you even a glimpse of what I promise to bring to the stage in 2023.”

While Hector heals on the sidelines, his ambitions to become a Mr. Olympia champion haven’t gone anywhere. For now, Marc will continue training while he nurses the damaged knee/quad with hopes of making a full recovery in the months to come.