Mark Boyd has separated himself from WUS to prove that his recent actions were not done for the organization's benefit. 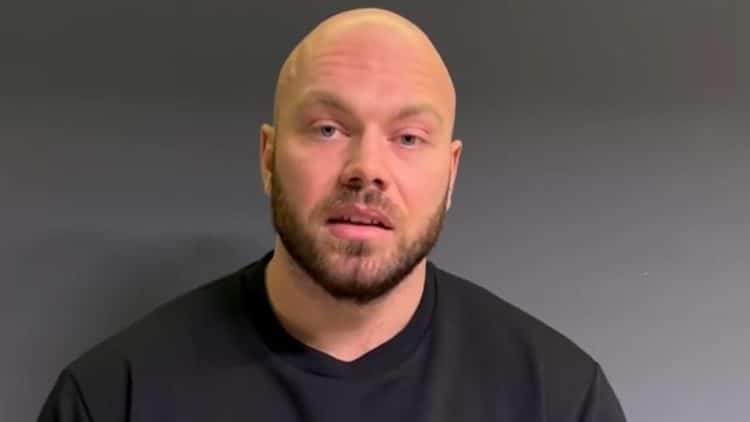 Just one day before the 2022 World’s Strongest Man contest started, Mark Boyd leaked an alleged proof of controversy, which included Giants Live, WSM, and Luke Stoltman. His actions provoked numerous diverse reactions from the community, some agreeing with him, and some disagreeing. However, shortly after posting the audio on his Instagram page, Mark ended up deleting it for unknown reasons.

One of the main protagonists in the entire incident, Luke Stoltman, responded to the footage and expressed his disappointment with Mark Boyd. Mark is a promoter for World’s Ultimate Strongman (WUS), so his actions brought bad publicity to the organization as well.

The timing of Mark Boyd’s accusations towards Giants Live, which is in charge of organizing the World’s Strongest Man, made the incident even worse, as he leaked the audio shortly before the start of their most prestigious competition. World’s Ultimate Strongman (WUS) is a rival organization to Giants Live, so these kinds of actions from their own promoters bring some bad reputation their way. For this reason, Mark Boyd and WUS discontinued their future business. The announcements were posted on WUS official Instagram and Boyd’s YouTube channels.

“To prove that this was not for the benefit of WUS, I am going to be stepping down from World’s Ultimate Strongman. Fully standing by my actions and my decisions. I want to emphasize that I stand by exposing corruption.”

Mark Boyd explained that he had to take some action, as his beliefs did not let him ignore the situation. He understands that his way of exposing the footage was not ideal, but he thinks that there was no other way.

“The timing of the clip was not to elevate or bring up WUS or myself.”

Mark Boyd refers to the “corruption” as a pandora’s box, which insinuates that the problems reach way deeper than it seems.

“I only released necessary information to initiate talks of corruption, knowing full well that if I was to release more, it would be to the detriment of the sport.”

Related: Larry Wheels On Strongman Comeback: ‘Thor And Eddie Are No Longer Competing… I Could Pull Off First-place In The WSM’

There seem to be many sides to this story, and now we have seen reactions from both Luke Stoltman and Mark Boyd. Luke stated that he did not think through his words at the time of the call, but he just wanted to avoid competing at a WUS contest. However, Mark does not buy that story and believes that the corruption in Strongman is a serious and growing problem.

Mark Boyd is no stranger to Strongman, as he dedicated his life towards it. His most notable win was the 2018 Britain’s and Scotland’s Strongest Man under 105kg. He also attempted to deadlift 4x his bodyweight in July 2020, but was ultimately unsuccessful.

In the meantime, we don’t know what Boyd’s plans are going forward and what the future may hold for Core Sports and World’s Ultimate Strongman after he leaves. In his closing remarks, he did mention that this isn’t the end of his career as a strongman promoter.