'Marky Mark' shared an early morning workout at EōS gym in Temecula, California and still looks to be in amazing shape 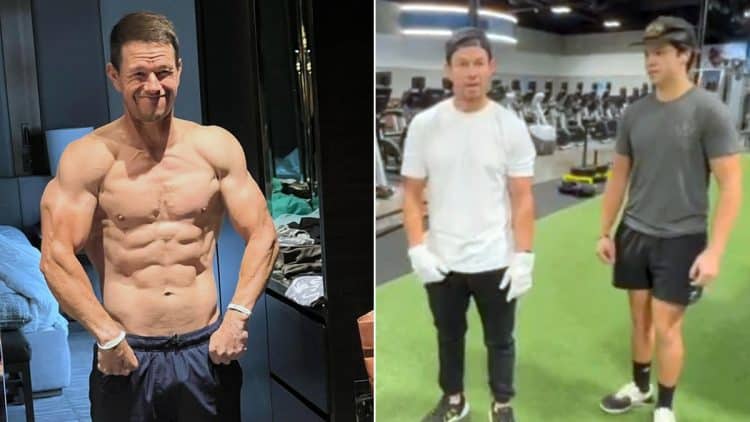 Mark Wahlberg is one of the most recognized actors in the industry. Along with his acting abilities, Wahlberg stands out for his insane work ethic and discipline. He boasts an aesthetic physique that could rival even some professional models. In a recent video posted on Instagram, Wahlberg powered through an early morning workout in a surprisingly packed gym at 4 A.M.

Wahlberg has been a lifelong entertainer, doing music, television, feature films, and more throughout his illustrious career. In 1992, he gained attention for his work with the renowned fashion brand Calvin Klein. His iconic photo shoot with the company elevated his celebrity status and established him as a bona fide fitness model.

The Hollywood A-lister has maintained an impressive physique into his later years. He celebrated Cinco de Mayo by downing a shot of tequila while showing off his washboard abs that would make even the younger guys envious. With over 20 million followers on the social media platform, Wahlberg keeps his fans updated on his fitness journey.

Wahlberg has no plans of slowing down. He packed on the pounds to play the role of a jacked gym trainer in the film Pain & Gain with the massively popular Dwayne ’The Rock’ Johnson. He shared a grueling leg day workout in June where he utilized blood flow restriction (BFR) straps on the top of his hamstrings for lower body gains.

In a recent video uploaded on his Instagram account, Wahlberg shared an early morning workout at 4 A.M inside a packed gym.

“So impressed with these two guys, chose the sports club over the night club!”

Mark did not expect to find much of a crowd at EōS Fitness in Temecula, California, but was pleasantly surprised to see the gym full.

“The 4 a.m. club is alive and kicking in Temecula, California at EōS Fitness. I came into the gym, I figured at 3:25 a.m., I’d be by myself this sh– is packed like a nightclub. People are doing it right, aspiring to be better, there’s some team training going on in here.”

He praised two young gymgoers who were getting a workout in instead of partying.

“I’m here with Kai and Ethan, these guys are 4 a.m. clubbers in Temecula on a Saturday morning. These guys are off the charts. Keep up the good work.”

Mark Wahlberg still looks shredded at the age of 51. In August, he showed off his lean physique while getting in two workouts in a single day. He was performing standing bicep curls to warm up before going to the F45 Gym in Vegas for a second training session. Mark participated in a group workout where each person worked at their own pace for 10 minutes.

RELATED: Mark Wahlberg Gets His Abs Back After Insane Reverse Body Transformation

‘Marky Mark’ displayed his shredded back and insanely ripped abs in a physique update he shared two months ago. Clearly, Mark’s ambitions for maintaining an incredible build are still sky-high given his latest middle-of-the-night workout.

Father Time is undefeated, but there is one bodybuilder who's determined to change that. Japanese bodybuilder Toshisuke Kanazawa defied all...

Andrea Sunshine, a 53-year-old woman, has already made headlines numerous times for her insanely fit physique on social media. This...