Get a better look at Martins Licis journey to the top through a full documentary! 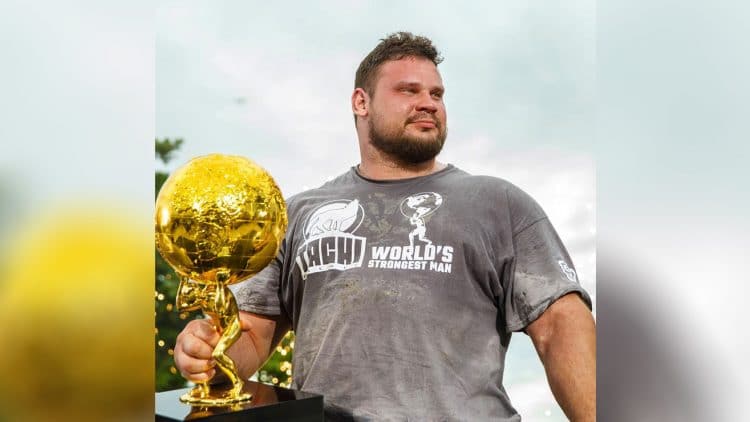 Everyone should know by now that Martins Licis was crowned “2019 World’s Strongest Man” recently and it was also a big surprise. Many probably would have thought that Hafthor Bjornsson was going to repeat. But, not after his torn plantar fascia which undoubtedly slowed him down and landed him in third overall.

Brian Shaw was looking pretty good going into the finals and placed 6th which was his worst finish at the competition. Mateusz Kieliszkowski was definitely one of the favorites to win but he turned in another second place finish in a row at the WSM contest.

But, we have to give props where they are due and Licis deserved the win. He was able to pull it off after coming in fourth last year and now his name will be in a history book reserved for a select number of men.

Martins Licis was kind enough to share his journey to the top with behind-the-scenes footage posted on his YouTube channel spread out over 4 videos. Now, the videos are lengthy (104 minutes in total) so make sure you have a little free time and some popcorn…

Martins Licis sat out for day three since he already qualified for the final through the first two days of events.

Here’s the final where Licis broke through to cement his name in the history books!

This year was exciting to watch a deserving champion in Martins Licis win the most prestigious Strongman competition in the World, and you can watch the events as they unfolded through the four-part documentary.

And the competition has already made its way to television, as the first episode aired on June 30th. The show will run until September 1st.

Here are the details on how to watch the 2019 World’s Strongest Man competition, and the full episode schedule.

The 2022 Rogue Invitational is just around the corner, as the Strongman action will unpack over the weekend of October...