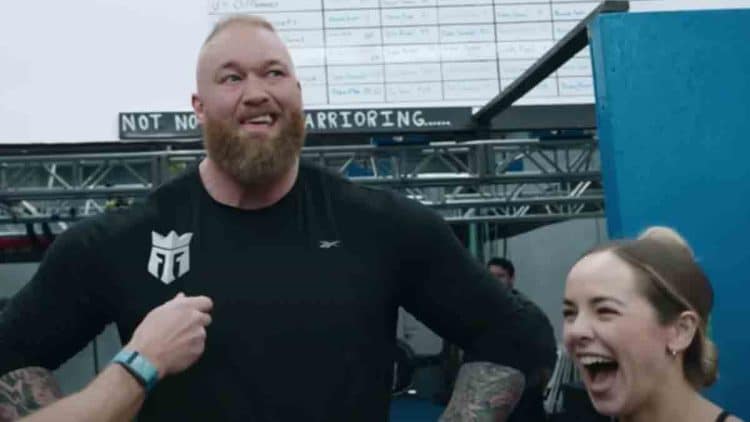 The Buttery Games are a fitness competition organized by the famous YouTube duo, Buttery Bros. The games gather some of the best Strongman, CrossFit, and Bodybuilding athletes from around the world, including Martins Licis, Hafthor Björnsson, Justin Medeiros, and Kai Greene. The competition is divided into three parts, with each part featuring a different set of events and challenges that test the athletes’ strength, endurance, and overall fitness. In the first segment of the competition, which was broadcast a week earlier, the athletes’ speed was tested using a shuttle run beep test and a 400-meter relay.

The second part of the Buttery Games focuses on a combination of strength and endurance, with events such as the ninja warrior course, basketball shots, and a fun skills race to end it. This is how the results stand currently, with the goal being to have the least amount of points possible.

The Buttery Games part two kicked off with an exciting event that put pairs of athletes to the test on a ninja warrior course. Athletes from various sports such as Strongman, CrossFit, and Bodybuilding came together to showcase their abilities on a series of challenging exercises. The first test was a course which consisted of a series of obstacles, including the Balance Steps, Beam, Rings, Trapeze, Trampoline, Doors, Single Steps, Salmon Ladder, Curved Steps, and the Warped Wall.

The second event of the Buttery Games part 2, basketball shots, was a thrilling showcase of athleticism and skill. Athletes paired in teams of two competed to make as many points as possible in a limited time. The competition was fierce, with each duo pushing themselves to the limit to try and secure a top spot on the leaderboard.

The team of Rose and Medeiros emerged victorious, making a total of 17 points between them. They demonstrated incredible teamwork and precision, making shot after shot with ease. They were closely followed by Gazan and Kearney, who made 15 points between them. The two teams put on a fantastic display of skill and sportsmanship, making it clear that they were the ones to beat.

The skill challenge required the participants to chug a can of energy drink, thread a nylon line through a needle, then eat a foot of sweets in the shortest time possible. The time results were not officially presented, but Hafthor Björnsson and his wife Kelsey Hensen won the event.

One more part of the Buttery Games is left and it will show who the overall champion duo is. There is no information yet on the events, but it looks as if the participants will encounter some situations that are not typical of their usual sports.