The 2021 CrossFit Games event has been scheduled for the summer, slightly earlier than last year's fall schedule. 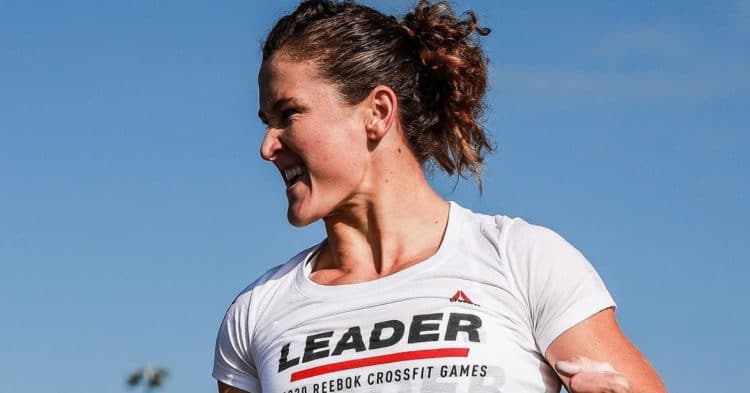 The dates of the 2021 CrossFit Games will overlap what is now scheduled for the 2021 Olympic Games, set in Tokyo, Japan, from July 23rd-August 8th.  There are rumors that the 2021 Olympic Games may be rescheduled again due to the current global pandemic, but at the time of press, the International Olympic Committee is keeping the dates on the books.

As for the 2021 CrossFit season, the show is going on. The timing of this year’s CrossFit Games is similar to previous years, with the exception of 2020. The Games generally run in the Summer but were pushed back last year in light of the pandemic.

The Games are still expected to take place in Madison, Wisconsin, though this may also change. For the 2020 CrossFit Games Finals, the location was significantly altered to stay in line with pandemic protocols. This year’s location may be altered in order to allow for some fan attendance, which was not permitted last year.

In July, 10 athletes will compete to see who will become the Fittest on Earth®. The next question on the minds of all CrossFit fans, will Mat Fraser and Tia-Clair Toomey return to defend their titles?

Neither athlete has said directly if they will return to try and keep their titles this year.

We previously reported that Tia-Clair Toomey had moved to South Korea for a few months, to train to qualify for the Australian women’s bobsled team for the next Winter Olympic Games. Mat Fraser has been busy working on a new podcast, that is currently unnamed.

He is working with Josh Bridges and Sevan Matossian on that, with their first podcast being released on January 6th of this year. In that first episode, Mat Fraser answered the question of his return as vaguely as possible.

Sevan asked him if he was returning, to which Fraser replied, “I don’t know yet.”

The full context of the answer was basically that it’s not an individual decision.

“I was like, I haven’t even thought that far yet. Like, I-I make no future plans while I’m training for that competition. Like, I’m not making plans for the 2021 anything.

So when someone asked like, and my response was like, I don’t know yet. I need to have a lot of – we’re going to have like, Sam and I are going to have some life talks and everyone took their interpretation of that. And I was like, what are you doing? Like, I’ve said that same line for like the last three or four years.”

His full quote can be found at the 1:26 mark of the podcast:

There is no official word, or even a vague response, on whether or not Tia-Clair Toomey will be attending the 2021 CrossFit Games.

Qualifying for the 2021 CrossFit Games

One of the biggest changes for the 2021 CrossFit Games is the continent-based qualification protocol. Also added this year are the Quarterfinals, Semifinals, Last Chance Qualifier, before the Finals.

Registration for the CrossFit Open, which is set to begin March 11th, has begun. When athletes register this year, they will be required to assert their continent, which will be their assigned region for the remainder of the competition. The athlete does not need to live in the country of the continent they represent but must be a citizen.

The top 10 percent of athletes in each continent that win in the CrossFit Open will go on to compete in the Quarterfinals online. That begins April 5. The top 20 athletes from the Quarterfinals will advance to the SemiFinals which will include 10-in-person events on May 24th. The CrossFit Finals have been set for July 26th.

We will keep you posted as more updates become available. Let the Games begin.