Matt Morsia AKA @MattDoesFitness on Instagram shared how easily photos can be manipulated in just a few minutes. 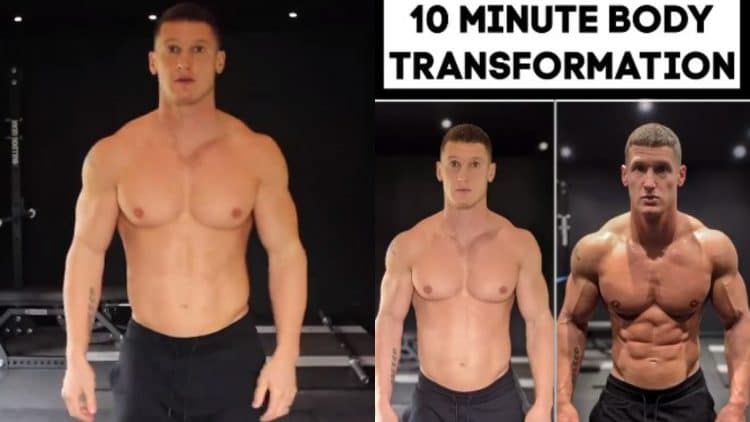 Social media is often a platform people use to present the best version of themselves. Fitness Influencer Matt Morsia recently took to Instagram and showed how easy it is for anyone to manipulate photos in a favorable manner on social media.

Whether it be a new outfit or just a picture of someone with the right smile or haircut, most of us at one time or another have flocked to our favorite social media sites and shared pictures. In the world of fitness, and especially bodybuilding, images of physiques are one of the best barometers for approximating progress during the offseason.

Matt Morsia’s open mind has enabled fans to get an insider’s view on how various athletes present their work. In fact, the YouTube-based bodybuilder has even tried out the diet and exercise routine of the UFC’s biggest superstar Conor McGregor.

During the video, Matt Morsia AKA MattDoesFitness on Instagram demonstrates how easily a picture can be manipulated. The fitness enthusiast/bodybuilder admits that it only took ten minutes and his side-by-side pictures look quite different. In essence, the video indicates the importance of lighting as one factor that can easily impact a person’s physique in a picture.

“Ten-minute body transformation to demonstrate just how misleading social media can be. So in the before picture I’ve got medium downlighting but loads of natural light flooding in from the front just completely washing out my physique, plus I’m not contracting my abs at all. Now for the after photo, I’m going to close the blinds so I can control that natural light, I’m going to turn up the downlighters to the max. I’m going to turn up the heating to make the gym slightly warmer. Matt Morsia shared.

Then crucially, I’m going to get a pump, now this is going to come from press-ups, arm curls, and dumbbell lateral raises. Only a couple of sets very very light of each just to get some blood flow in the muscle. Now I’m going to spray myself with water pretty weird. I’m going to move the camera angle ever so slightly high to accentuate that wide shoulders narrow waist ratio, and then finally, I’m going to contract my abs as hard as I physically can and here you go, a before and after body transformation it took about 7-minutes. Before you judge or compare yourself to another person’s appearance you’ve social media bear in mind that is them in their best possible light, it’s not a reflection of how they look most of the time.”

A significant factor in attaining a great photo is getting a good pump in before snapping the shot. Matt feels only a few sets are needed to get some blood flow to the muscles. When it comes to the exercises, the fitness enthusiast believes in repping a few press-ups, arm curls, and dumbbell lateral raises.

While angles and lighting are obviously a big part of achieving the ideal picture on social media, Matt Morsia insists by controlling natural light, one can achieve a better picture. The angle of the camera Morsia believes should be higher as to accentuate the wide shoulders and narrow waist that most men are looking for during this particular pose.

In addition to turning on the heat, Morsia also says that spraying water on the physique is a great way to enhance the picture. After flexing his abs as hard as he can, the bodybuilder is confident most of these methods are used in an effort to manipulate social media photos. After seeing the transformation Matt Morsia can go through in just ten minutes, it’s safe to say that manipulating photos on social media has never been easier.