Due to financial obligations not being met for prize money or Schwarzenegger's attendance fee, the promoters have renamed the event moving forward. 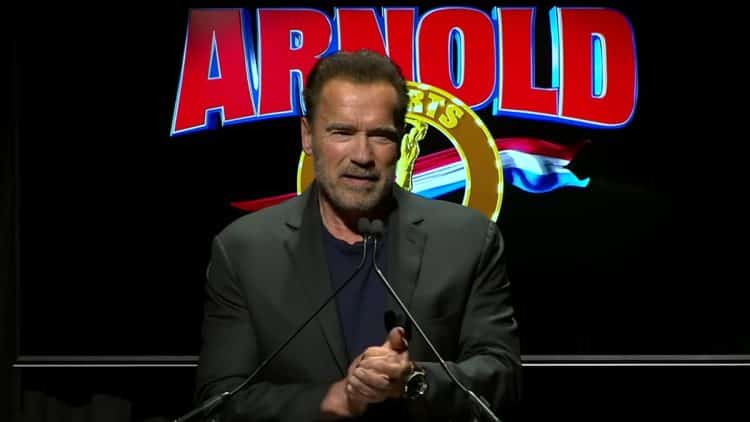 Bodybuilding legend Arnold Schwarzenegger will not be in attendance at the upcoming 2022 Arnold Classic UK contest from September 23-25. In posts shared via Instagram, the Arnold UK organizers and Arnold Sports Festival’s Brian Powers revealed that financial obligations have resulted in changes to the event as it will now be named the Experience With Sports Festival UK moving forward.

At the time of this publication, it’s uncertain if the name change will go in effect at the contest this weekend. In a statement made first by The Arnold Sports Festival (US), Schwarzenegger and a “variety of peoples'” financial obligations were not met. Following the news, The Arnold Sports Festival requested assurances that everyone involved would be paid, but they were not “able to reach an agreement with the promoter.”

According to Arnold Classic UK executives, they have “struggled to receive any engagement with the U.S. team.” They were unable to accommodate the necessary “funds” for Schwarzenegger as the issue was presented to them too late. Despite the event’s name being changed, the festival will still go on as planned.

This weekend’s show was to serve as the second-ever Arnold Classic UK contest, but that has changed. Full statements from both parties can be found below.

In two posts shared via Instagram, the news was made official that moving forward, Arnold Classic UK contests will be recognized as ‘Experience With Sports Festival UK.’

While Schwarzenegger “wished to attend” the event, financial obligations got in the way.

“While Gov. Schwarzenegger very much wished to attend, we were informed that financial obligations to a variety of people had not been met and requested assurances that the financial commitments to all competitors be satisfied by having monies put it in escrow for them.

As a result of the Promoter’s failure to do so, and the fact we were never able to reach an agreement with the promoter regarding details of the appearance, Gov. Arnold Schwarzenegger will not appear in-person,” wrote Brian Powers.

Hours after Powers’ statement, the Arnold Sports UK media team responded saying that attendance fees and escrow money “were passed to us too late in the day to be able to accommodate.”

“We wish that any news regarding ASFUK (Arnold Sports Festival UK) could have come from our team directly, however the statement posted this morning was the first confirmation we received that Arnold would not be joining us,” The Experience With Team wrote.

A post shared by The Arnold Sports Festival UK (@arnoldsportsuk)

While both entities describe the situation differently, it appears financial difficulties were the root cause for these subsequent changes. Following the news, the IFBB Pro League, Jim Manion, and co-promoter Ian Constable (2 Bros Pro) issued a notice guaranteeing that “all Professional league athletes that place in the Arnold’s Classic UK 2022 will be paid.”

The event is scheduled to take place in one day. It’s unfortunate that athletes have to be reassured of their prize money after spending their own capital to prepare for a top-tier bodybuilding contest, which serves as a 2022 Mr. Olympia qualifier.

“NOTICE!!!
ALL @ifbb_pro_league Athletes who place in the 2022 @arnoldsportsuk Will Be Paid!
President Jim Manion & co-promoter Ian Constable @1_bropro have guaranteed all @ifbb_pro_league Prize money will be given to the Overall winners & place winners who earned prize money!
We look forward to a successful event!” The IFBB Pro League shared.

In addition to the recent 2022 Arnold Sports UK contest, there have also been notable changes to the 2023 Arnold Classic. In August, executive Brian Powers shared that next year’s Arnold Classic contest will exclude a number of bodybuilding divisions including, Women’s Physique, Women’s Bodybuilding, Figure, and 212 Bodybuilding.

Some in the community have suggested that Schwarzenegger lost $4 million hosting bodybuilding shows during the pandemic, which may have factored into the organization’s decision to remove the aforementioned categories from their next show.

This decision did not resonate well with the community. Sarah Villegas, a two-time Women’s Physique Olympia winner, called out Schwarzenegger for removing the divisions. Bodybuilding veteran Lee Priest chimed in too, suggesting that organizers should just leave the show ‘how it was.’ Four-time Olympia Jay Cutler agreed and added that these decisions were made without a real explanation.

The IFBB Pro League has stated that the 2022 Arnold Classic UK (or Experience With Sports Festival UK) will have guaranteed prize money for those who place. While Schwarzenegger will not be at the event in person, perhaps fans may still get to see the legend virtually.