Bannout believes Krizo is destined for the top three at 2022 Olympia if he can exert complete control over his muscles while posing. 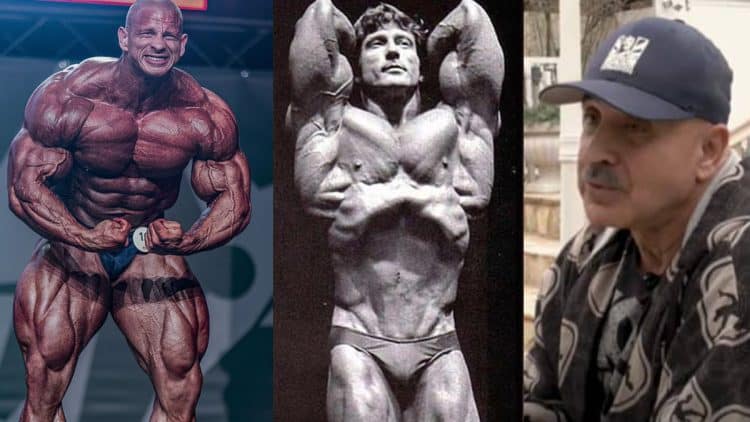 Samir Bannout was a 1983 Mr. Olympia winner and while he’s stepped away from competing, his attitude toward the sport hasn’t changed. In a recent podcast, Bannout discussed rising star Michal Krizo, and implored the bodybuilder to ‘torture himself’ with posing like Frank Zane did to reach the top of the sport.

“The thing is, [Michal] Krizo can be in the winner’s circle easily. Point properly and shoot — and control every muscle,” Samir Bannout said while assessing Krizo’s potential.

Switching from the IFBB Elite Pro League to the NPC, Michal Krizo jumped into the limelight with his imposing build over the last few months. The Slovakian mass monster is known for his biceps in addition to sporting a full chest and tight v-taper. Before earning his Pro card, the 32-year-old drew comparisons with 2021 Arnold Classic champion Nick Walker.

Krizo didn’t waste any time this year and led a successful 2022 Olympia campaign. It started with winning the Amateur Olympia Italy contest, which took place in early Oct. He earned his Pro card dominantly as a result and continued his training efforts to mount an IFBB Pro debut.

Carrying the momentum of two consecutive victories, Krizo steamrolled his competition at the 2022 EVLS Prague Pro, earning his invitation to compete at 2022 Olympia. Before Krizo even had his Pro card, Samir Bannout predicted he had massive potential. However, after witnessing his latest show, Bannout has some advice for the rising Men’s Open talent.

During the podcast, Bannout analyzed Krizo’s physique before comparing it to Nick Walker’s.

“I look at [Michal] Krizo and I don’t look at the 280 or 320 pounds. I look at the package. I look at this small diamond calves, good hammies, enough glutes and really his back could be better for sure, but not bad.

Taking it into consideration, the other contestants that he is going against — they’re not that pretty all around. This guy has a complete overall look. He looks good except I still agree he needs to improve his back, his stage presentation — if he does all that, honestly, I can see him still making the top six for sure,” Samir Bannout shared.

Bannout believes Krizo has no clear weaknesses and argued that the flow of his physique could pose problems for contenders Walker as well as Hunter Labrada.

“I think his overall flow is really good. I mean, look: Nick Walker — big, huge arms, massive, he gets ripped, but he doesn’t flow as good. So, no disrespect to Nick Walker. You know, Hunter [Labrada] is wonderful, he’s being coached properly, he’s going to pose properly. But again, what does Hunter have over Krizo? What does he have… you tell me,” Bannout said.

In Bannout’s opinion, Krizo needs to improve his posing. He added that if Krizo’s posing was controlled by Frank Zane or Lee Labrada, he would be a shoo-in for the top three at 2022 Olympia.

“If Frank Zane takes Krizo and poses for him with Krizo’s body — I’m going to say it from my perspective, he would actually be in the top fuc**ng three. IF he has total control. Have [Mohamed] Makkawy or [Frank] Zane, or Lee Labrada — have one of them controlling his body, guess what, he’d make top three [at 2022 Mr. Olympia].”

Once Krizo can assume total control over every body part, Bannout says his posing will accentuate his best assets on stage.

“Right now, all he needs to work on is conditioning and practice posing – more posing. Exactly like you said, point and shoot, and have control over every body part. His calves should be showing one like that, he doesn’t show the diamond of his calves. He doesn’t show it right. He has to flex his hamstrings and calves and glutes simultaneously. And he needs to pay attention to his rear delts so his back pops a little bit more.”

According to Samir, Zane would prepare for Olympia contests by holding poses in the heat of the day while living in Palm Springs, California.

He [Zane] says, ‘Samir, I’d be suffering, trying trying and holding it.’ So, when the stage time comes, everybody is struggling on stage but for him it’s like a walk in the park.”

Given that Bannout competed during the Golden Era, he prioritizes posing and bringing ‘flow’ to physiques. The 1983 Mr. Olympia also mentioned that Hunter Labrada and Derek Lunsford both have the potential to shake up 2022 Olympia with effective posing routines.

Despite reigning two-time Mr. Olympia Mamdouh ‘Big Ramy’ Elssbiay being a massive favorite heading into this year’s Olympia, Bannout isn’t ready to write off newcomer Michal Krizo. Should Krizo improve his posing routine and bring up his back, Bannout believes he will crack the top three at 2022 Olympia.