Learn some leg training tips from one of the best in the industry. 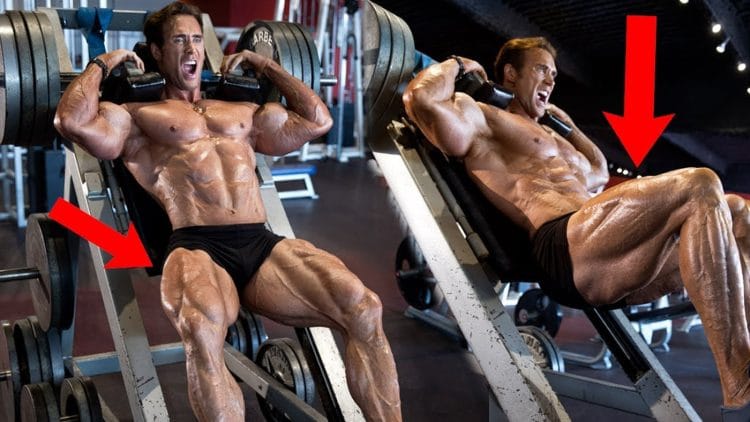 Fitness celebrity Mike O’ Hearn and his gang including wife Mona Muresan and Big Doug Fruchey took to iron heaven for a brutal leg session recently. They had just started doing twice-a-day workouts (not two body parts per day) but in this workout, master Mike flexed his knowledge muscles as usual.

The session started off with the hack squat machine – one of the best movements for building massive quads. It’s ideal for loading up the weight and not having to focus much on stabilization.

This is an area that’s not talked about as much or even put to practice compared to most training routines. Two a days is essentially training twice per day typically in the morning and then again later on that day. However, as Mike explained during the workout, it’s not just training two different body parts per day.

One he likes to use is doing his compound movements (e.g., deadlift) earlier and secondaries (cable pulldown) later. But you could really do it a bunch of different ways.

“You learn, do the roadmap and at the end of fit after you become somewhat of a master at it, no rules apply.”

He used the example of three-time Mr. Olympia Sergio Oliva who would do ten sets of bench presses and pull-ups to warmup before every workout.

“Today’s world, snowflake world, everything hurts, everything is wrong” – Mike has a point!

Utilizing the Uniqueness of Machines

O’ Hearn likes machines but he’s also picky about the ones he think are beneficial.

“When you do a machine they’re all different so they can hit something completely different”.

He also suggests staying away from the machines that are too easy because of the counterbalance. An example he used was a someone who doesn’t weight much doing pulldowns with the full weight stack.

“Find awkward ones. There should always be pressure on you.”

Mike demonstrated the technique on the leg press machine which was to turn and pull the knee outward which emphasizes the outer portion of the quad muscles. He likened it to posing on stage and saw the benefits of using this technique.

It’s important to focus on the negatives – to get a good stretch and ensure you’re activating that muscle through slow and controlled movement.

Doug also chimed in with his own thoughts about the benefits of using similar techniques.

He suggests stretching a muscle under a load until you find a muscle that you really want to activate and emphasize.

Mike wanted to mention that this is more of an advanced technique when you’ve built a solid base through several years of training.

They finished off with some leg extensions and that concluded the workout session.

Watch the full thing below…

Read: How To Build Big, Functional Quads Without Knee Pain

The 7 Most Intense Bodybuilding Methods

Bodybuilding science has come a very long way in the last few decades. Scientists have studied and discovered what makes...

When it comes to leg training, squats are the king of exercises. In fact, it’s hard to think of an...

Here at Fitness Volt, we are massive fans of squats and deadlifts. Why? Because they’re arguably the best exercises for...