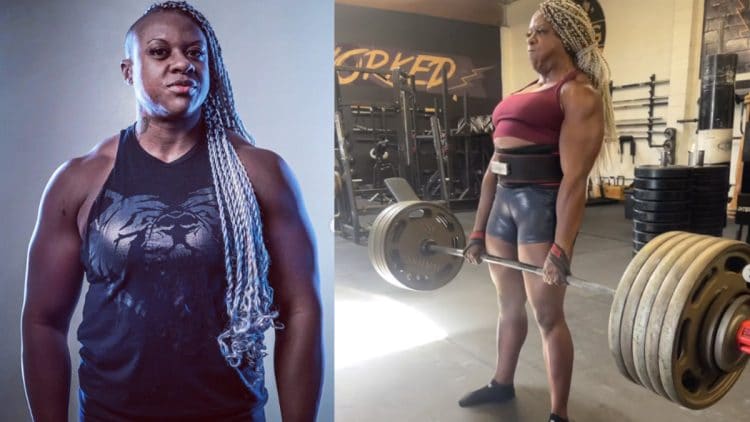 Strongwoman Nadia Stowers has rewritten history books numerous times with her unbelievable lifts. Although an outstanding athlete overall, Nadia is widely recognized for her incredible static strength. On May 6, 2022, Nadia managed to push her boundaries even further, having set a huge 525-pound (238-kilogram) three rep deadlift PR in training.

On that day, Nadia Stowers set out to execute a taxing deadlift workout with the aim of progressively upping the weight until she reaches her three rep max. Furthermore, she was doing touch-and-go deadlifts, so she performed three consecutive repetitions with almost no rest in between them. Nadia’s style of deadlifting was with a conventional stance, while she also used a lifting belt and lifting straps to aid her in the lift.

“Death by deads! Start low and build up by 20# to a heavy triple. Touch n go to get used to keeping the tension in the bar. REP PR of 525 for my top set!! These were awesomely terrible.”

It is unclear how much Nadia Stowers weighed at the time of this lift, but she has competed recently at the 2022 Clash on the Coast Strongwoman competition in the 82-kilogram weight class. Speaking of this competition, it featured a deadlift for reps event where we got to see Nadia display her prowess once again.

Nadia plans to take part in a powerlifting competition, so that is why she focused on deadlifts in the past few weeks. She accepted the invite for C.T. Fletcher’s Iron Wars, which is set to take place on May 20th, in California.

Nadia Stowers At A Glance

Nadia Stowers’ first professional Strongwoman competition was the 2019 U82 World’s Strongest Woman contest, and in only three years of competing, she accumulated great success. She now holds the Axle Deadlift World Record of 660 pounds (299.4 kilograms), which she set at the 2021 Static Monsters Worldwide. Nadia is also the owner of the Log Lift World Record, having pressed 288 pounds (130.6 kilograms) at the 2021 Static Monsters Worldwide.

Nadia has also previously tied the Bag Over Bar World Record, as she tossed a 40-pound bag over a 15-foot bar at the 2021 Rogue Record Breakers.

With only two weeks left to prepare for her powerlifting meet, Nadia Stowers is working relentlessly in the training room. Her hard work seems to have paid off, as she is claiming some impressive PRs. Nadia is used to competing at the highest stages, so there is no doubt that she will post some incredible numbers.