The retired pro bodybuilder updates fans on his current health: "Had all my blood work back today and I am beyond happy. Everything is in range or better" 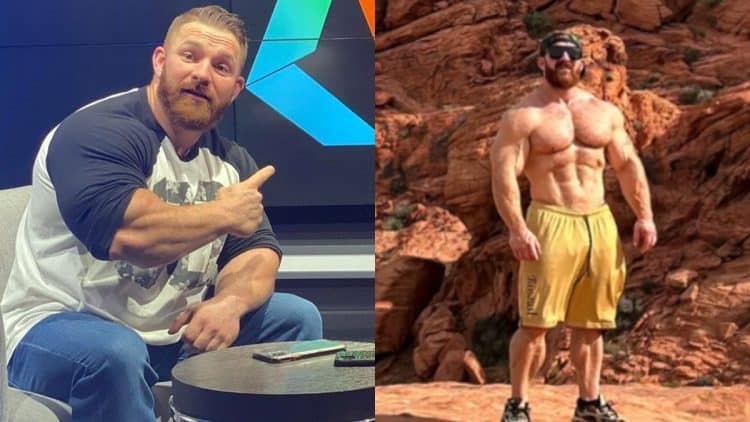 Flex Lewis has established himself as one of the best bodybuilders to ever compete in the 212 division. After retiring from the sport in May, Lewis offered a ‘health and physique’ update to his fans recently in an Instagram post.

Hanging up his posing trunks for good, Lewis left behind a decorated legacy in the sport of bodybuilding. He won the 212 Olympia title seven years consecutively, a feat that has yet to be on the radar of any athlete currently competing in his former division. Having also found victory at the 2014 Arnold Classic, Lewis’s combination of muscle maturity and size proved to be a lethal combination any time he stood on stage.

As a result of his dominance in 212, many fans began calling for the Welsh native to attempt a run in the Men’s Open division. Despite excitement about the potential switch, Lewis shut all of those rumors down after delivering his retirement statement a few months ago.

One month into retirement, Flex showed off a trimmed-down build, revealing his weight of 213.6-pounds. Evidently, he is making health one of his top priorities and it showed once again in his latest physique and health update.

In a recent post made to Instagram, Lewis provided a health update and clarified that his blood work came back with ‘everything’ in range or better. The bodybuilder also disclosed his current weight of 210-pounds. You can find his full statement via Instagram below:

“Physique & Health Update
Mixing up cardio today Red Rock
210lbs
Training 4 times a week
Cardio 3-4 times a week
3-4 meals a day
–
Had all my blood work back today and I am beyond happy. Everything is in range or better 🙏🏻
–
In a few weeks time I will start on some TRT the first time in 6 months if you want to believe that or not I don’t give two fucks. I have been training since 12 if my physique went to shit in 6 months being off I’ve been doing something terribly wrong in my 26yrs of training. Truth!
–
I’m gonna try to get better at doing some physique updates, and document the changes in the process along with more training and YouTube videos.” Flex Lewis wrote on Instagram.

In addition to updating fans about his blood work and training, Lewis also revealed his plan is to start taking testosterone replacement therapy (TRT) in a few weeks. The bodybuilder added that if his physique is already destroyed after six months of ‘being off’ then he would have bigger concerns to deal with.

Bodybuilders have been dying at an alarming rate over the past few years. The community was shaken to its core following the death of the late Shawn Rhoden. Before the year could end, popular Men’s Open competitor George Peterson died from heart complications in his hotel room prior to competing at 2021 Olympia.

In 2022, the concerning trend continued. March saw Arnold Classic champion Cedric McMillan pass away at 44 and heart issues are suspected to be at play. Over last weekend, Jerry Ward, a respected NPC/IFBB judge, and bodybuilder, suddenly died. As of this writing, his cause of death is unknown. In light of these ongoing circumstances, Lewis chose an ideal time to focus on his health and family moving forward.

While he no longer competes professionally, that hasn’t stopped the 38-year-old from spreading wisdom while helping others train. He recently joined hands with social media star and actor Dan Bilzerian to train shoulders.

Lewis told his audience that he intends to start showing off more physique updates in retirement while documenting the changes made to his body. The former 212 Olympia champion is dedicated to longevity and remaining in good health after a lengthy tenure in the sport.