Nick Walker has made a huge splash in bodybuilding in a short amount of time. 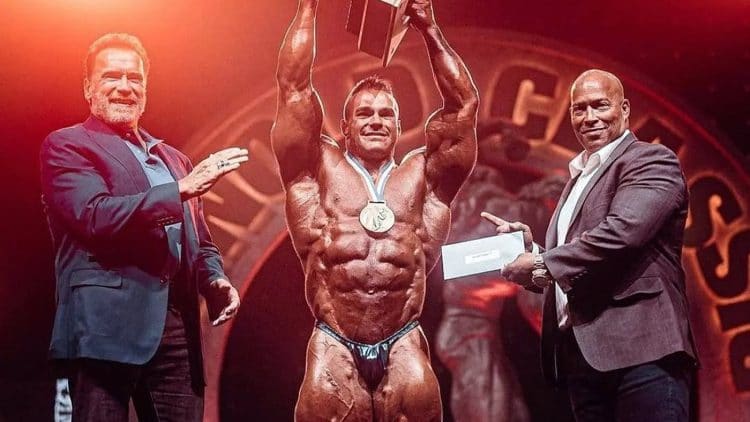 Nick Walker has been known to call his shots before entering bodybuilding competitions. As the 2021 Arnold Classic winner, ‘The Mutant’ has revealed his reasoning behind not competing at the 2022 Arnold Classic set to take place in March.

Earlier this year the superstar opted to skip the Arnold to focus on Mr. Olympia— the biggest bodybuilding competition on earth. Walker previously competed at the 2021 Mr. Olympia show where he managed to secure fifth place.

While training for Olympia, Walker has released plenty of physique updates. Roughly a week ago, the 27-year-old showed off a physique that looks stage-ready.

Turning pro in 2020, Nick Walker started by competing at the 2020 Chicago Pro and placing fourth. After not making it to the podium, the rising bodybuilder vowed to himself that he would never lose to Maxx Charles, Justin Rodriguez, and Akim Williams again.

Sure enough, ‘The Mutant’ stuck to his word and had a huge year in 2021. Nick Walker secured both the New York Pro title and the 2021 Arnold Classic title. Once again, he predicted correctly: Walker was not defeated by any of the aforementioned bodybuilders.

Nick Walker is confident his decision to step away from the Arnold Classic will bring about benefits in due time. The bodybuilding phenom admits that he needs time to improve his physique in order to challenge for the top of the podium at this years’ Mr. Olympia.

Walker has yet to nab a Mr. Olympia title and a victory for him in 2022 would be monumental considering he has been a pro for such a short period of time.

Walker took to Instagram and provided some clarity as to why he will not be defending his 2021 Arnold Classic title in March.

“Everyone keeps asking “why aren’t you doing the Arnold?”

I remember when I did the Chicago pro 6 weeks after I just turned pro. I took 4 place, 3 top guys in the sport beat me. Was I mad I didn’t win? I mean I think that should be anyones initial reaction when the goal is always to win. But I also knew I just got 4th behind some of the best.

Fast forward some, I won New York, I won the Arnold, I got 5th place at my first olympia. Those guys have not beaten me again.

Speak it into existence- olympia 2022, im coming for it all.” Nick Walker shared.

Walker is confident he can take home gold at his next Mr. Olympia appearance. The 27-year-old believes that he can defeat the likes of Big Ramy, Brandon Curry, Hadi Choopan, and Hunter Labrada.

‘The Mutant’ is known for predicting his competition results successfully. However, the Mr. Olympia title doesn’t change hands as often as the Arnold Classic. With a stacked lineup of bodybuilders, the Mr. Olympia show will make its return to Las Vegas for its 2022 show.

The 2022 Arnold Classic is just around the corner and bodybuilding enthusiasts have been pressing Walker as to why he’s not competing. Nick Walker will not be defending his 2021 Arnold Classic title. The bodybuilding star maintains that he needs extra time to prepare his body for Mr. Olympia, which is set to take place in Dec. of 2022.