Oleksii Novikov aims to spend the money on medical supplies, food, water and some war equipment. 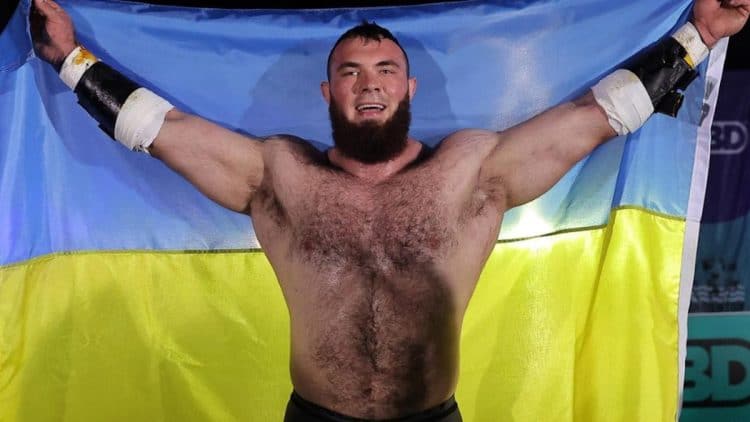 This is the third day of the Russian invasion of Ukraine, which began on February 23rd, 2022. The reason is that Russian President Vladimir Putin wanted Ukraine to stay out of the North Atlantic Treaty Organization (NATO), as it would mean that NATO is getting closer to Russia. The two countries have had some previous conflicts, which transferred to the current situation.

Ukrainian President Volodymyr Zelensky has declared a state of emergency for 30 days. He also stated that they won’t give up, and that he is the number one target of the Russian army, while his family is their second target. In addition, Putin advised the Ukrainian army to dethrone Zelensky, which justifies his thoughts.

Many strong and brave people stayed in Ukraine to defend their country. The 2020 World’s Strongest Man, Oleksii Novikov, is attempting to help his country by raising money for the Ukrainian army. In addition, he is spreading awareness, as he has a lot of fans and followers. Novikov originally put up a post on Instagram, which contained the bank details, and enabled all the people to help as much as they could. Novikov was grateful for all the donations and revealed that the entirety of it was sent out to the medical department. In the meantime, his bank account was shut down, and he had to open another one. Novikov shared the details of his new bank account, but it does not work anymore.

In Novikov’s most recent post he explained that Ukraine’s bank systems are down, and transactions are not possible anymore. However, he set up a cryptocurrency account and can accept Tether (USDT), Bitcoin (BTC), and Ethereum (ETH). The post includes screenshots, which contain the necessary transaction details.

On the last slide of the post, some kind of drone can be seen. Presumably, it is to help the Ukrainian soldiers in scouting. Novikov also stated that one drone costs $7,600.

The War Between Russia And Ukraine

As of today, over 130 people have been killed in the Invasion, with another 310+ wounded. Although it is not a small number, the war has the potential to get much worse.

Both Ukraine and Russia were a part of the USSR, and once it collapsed, Ukraine managed to get its independence. It happened in 1991, and ever since then the conflicts and disputes with Russia have been happening. The most severe clash between them happened in 2014. The main reason was that Russia annexed the Crimean Peninsula in southern Ukraine, which left over 14,000 people dead. Following this war, the Russian separatists managed to claim their spot in the Donbas and Luhansk regions in Ukraine. It ultimately caused much harm to Ukraine, and plays a major part in the current war, as Russia has soldiers ready in those positions.

Recently there has been some talk about Ukraine joining the NATO alliance, which Putin considers as enemies. If Ukraine joined the strongest alliance in the World, and Putin’s biggest enemies, it would mean that NATO would ultimately be on the border with Russia, and able to do what they want. Putin also thinks that NATO is aiding and promoting the Neo-Nazis in Ukraine.

Oleksii Novikov is still on the official roster, and is scheduled to compete at the 2022 Arnold Strongman Classic on March 4-5, 2022, in Columbus, Ohio. Hopefully, the situation will be resolved as soon as possible, and he will get the chance to compete again. A plethora of fellow Strongman athletes have expressed their support for Novikov, but the standout message is from Martins Licis.

“Much love Oleksii Novikov, I wish we could be more concerned with who would win the dumbbell for reps than worried about how this horrific scenario will turn out… Much love for everybody in Ukraine. Stay strong. Stay safe.”

Former boxing champions, Wladimir and Vitali Klitschko to take up arms to help their country against Russia’s invasion. As well, Oleksii Novikov’s fundraiser could help many people, and hopefully, we will be able to see him back in competition soon.