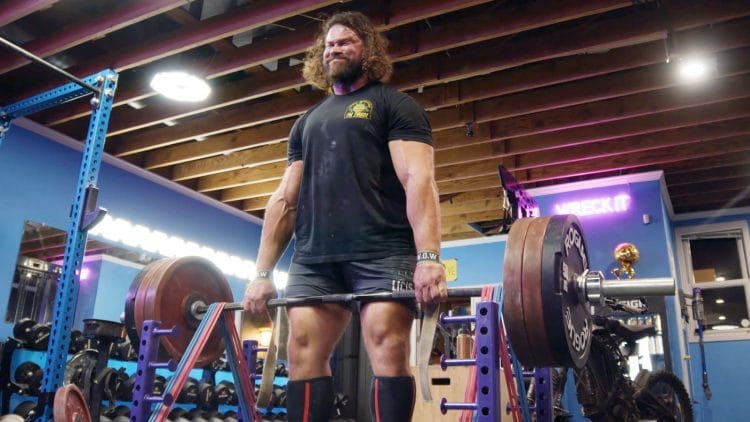 The 2019 World’s Strongest Man, Martins Licis, is in extremely good shape at the moment, as he has won the 2021 Rogue Invitational, and wants to go for gold in next year’s Arnold Strongman Classic. Licis had a rough 2020 with some very tricky injuries and getting hit by a car, but this year he looks very sharp and strong. He even claimed a world record in the Thor’s Hammer, which was one of the events in the Rogue Invitational.

Martins Licis will face some very strong opposition in the ASC 2022, which is scheduled to happen in March 2022, but he is still one of the favorites to win. In the latest addition to his YouTube channel, Licis shows us exactly how he plans to prepare for the competition.

Licis starts his day 1 with Husafell carries, where he has to carry a 200 lbs (90.7 kg) load for 360 feet (110 meters) and multiple sets. In addition, the load is shaped very awkwardly and that makes the carry harder.

“I’m training to consistently hit it, and not to grind myself too much, just to get myself out of breath. So I can get used to just having that weight on me, for that time under tension” said Licis. 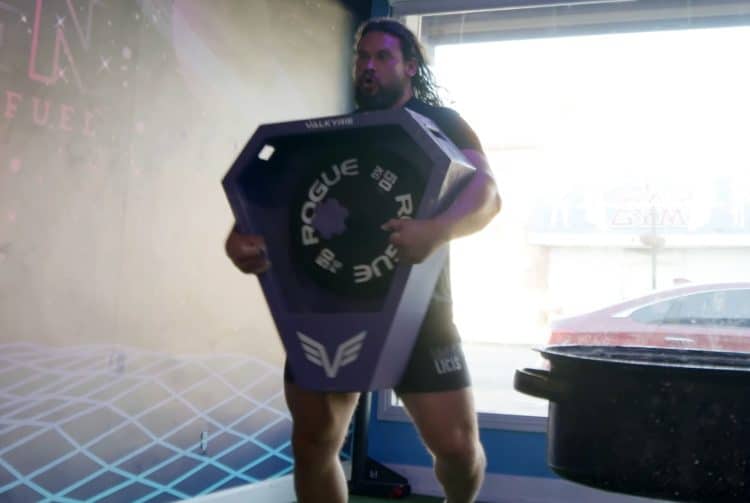 Over the course of the preparation the weight and intensity will increase, but for now he wants to build a base for later. He also points out that it is not bad for the body.

Next exercise is the Atlas stone holds. The goal is to hold the stone in a position so that the stone is just hovering above the ground, and he doesn’t squeeze it with his legs.

“The most important part of a stone lift is the pick. If you are weak on the pick, that’s gonna waste energy, that’s number one… Number two, if you can’t pick the stone off the ground, it doesn’t matter how strong your hips are, or how strong your stone extension is.” said Licis.

Related: Martins Licis Gets More Than He Can Handle With Army Special Forces Obstacle Course

Licis starts the day up with some farmer’s carries, and follows it up with some banded deadlifts. He does 5-10 repetitions on the deadlift with almost 500 lbs, and 180 lbs added resistance from the bands. 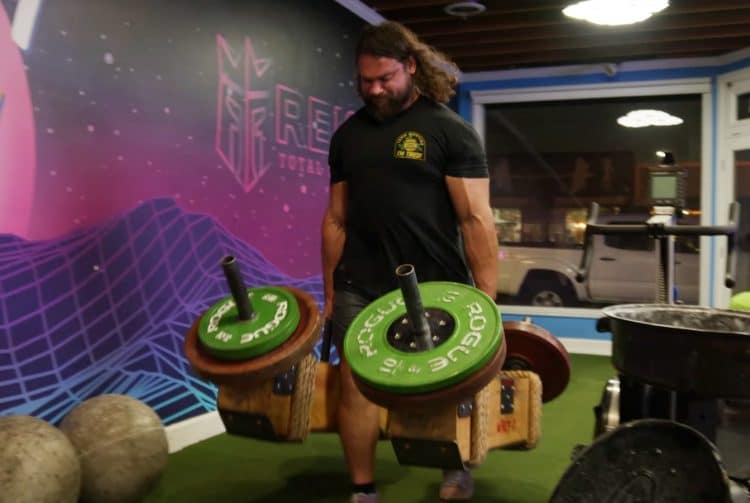 “That’s more tiring than I’d like it to be,” said Licis.

Next up, Licis does pull-ups with a 90-degree elbow hold for 3 sets.

“It is really good for that mid range, right where it gets difficult… And good to heal tendons, doing isometric holds” 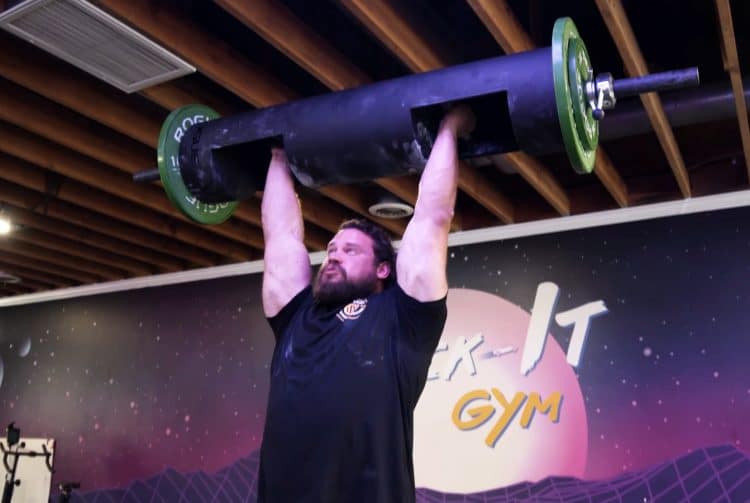 Day 3 is shoulders day, Licis does log presses with no leg drive, as he doesn’t want to do a full log lift until he finds out what the events are.

After the strict log press, Licis does some incline bench dumbbell shoulder presses.

Day 4 is a leg day, and Licis starts the day off with some heavy yoke carries. Licis continues the leg day with banded squats.

His friend asked why he does banded squats, and Licis explained:

“I want to keep practicing deep squats, but also just to take a little pressure off my knees so I’m not going to go as heavy, but I want to keep that top part heavier so I can keep the intensity” said Licis.

Licis gave some insight on his training plan, and it looks like he is in pretty good shape. There are three months left until the Arnold Strongman Classic and if Licis remains injury free, he will be one of the main contenders for that first place finish.

The 12 Best Cable Machine Exercises for Bigger Biceps and Workout