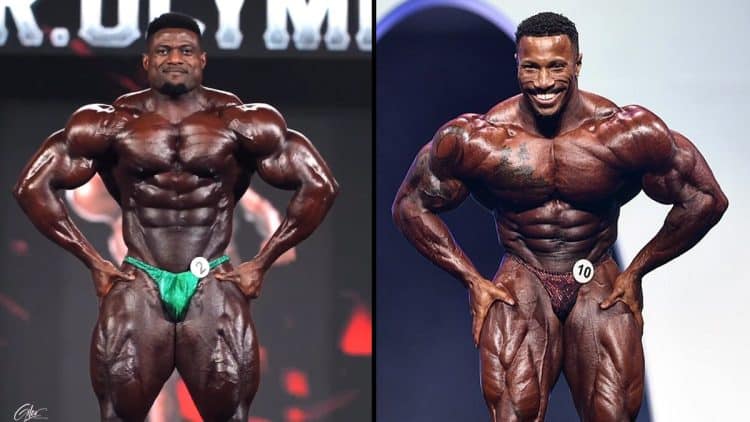 The 2023 Arnold Sports Festival is set to go down on Mar. 2-5 at the Greater Columbus Convention Center, Ohio Expo Center, and other Central Ohio venues in Columbus, Ohio. In recent posts made on Instagram, Andrew Jacked and Patrick Moore got confirmed to compete at the competition.

Bodybuilding veteran Patrick Moore first made headlines for his jacked physique and symmetry in 2018 after a promising showing at the IFBB New York Pro. He proved himself as one of the most consistent athletes in the sport with regular competition appearances every year. He took home the top prize in the Men’s Open category at the 2019 IFBB California Pro and earned an invite to the Mr. Olympia competition, where he finished in the top ten in his debut.

Moore made his way to the 2020 Arnold Sports Festival and finished 10th in his maiden showing in the competition. He improved his standing to sixth at the New York Pro before moving up to the fourth spot at the California Pro.

Although he did not compete in the Olympia that year, Moore returned stronger than ever in the next season and won the 2021 California Pro. However, he dropped out of the top ten at the 2021 Mr. Olympia and placed 14th. Following the lackluster performance, Moore decided to take some time off from the sport and even teased a potential move to the Classic Physique division in his return.

He shared a promising update after needing surgery for his Achilles tendon that could have ended his bodybuilding ambitions.

Budding prospect Andrew Jacked is coming off a stunning performance at the 2022 Mr. Olympia. He turned in one of the most impressive rookie seasons in 2022 that started off with a win at the Arnold Amateur in the Men’s Super Heavyweight class. Andrew followed up with another commanding victory at the Texas Pro. He continued his dominant run and handily dispatched his competition to win the Arnold Classic UK.

He entered the Olympia contest as one of the most hyped prospects ever. Two-time Mr. Olympia champion Mamdouh ‘Big Ramy’ Elssbiay extended his support for Jacked in the build-up to the show. He stated that Jacked’s addition made it one of the most exciting editions of any in the previous 20 years.

In the end, Andrew Jacked cracked the top ten in his maiden Olympia appearance, finishing eighth. Jacked’s coach George Farah later revealed that Andrew had a 102-degree fever and bronchitis before the show. Although they thought about pulling out, Andrew was determined to take to the stage.

Andrew Jacked & Patrick Moore will compete at the 2023 Arnold Classic

In recent posts made on Instagram, the organizers confirmed that Andrew Jacked and Patrick Moore will compete at the upcoming 2023 Arnold Classic.

“ANDREW JACKED IS IN! We are excited to announce that one year after taking home the 2022 Arnold Amateur Bodybuilding Overall title, @andrewjacked is returning to Columbus in pursuit of the title of Arnold Classic Champion!”

Andrew Jacked and Patrick Moore’s entry into the show will give them the opportunity to battle it out for the historic payout of $300,000 in the Open division. Fellow standout Nick Walker recently got added to the lineup as well following criticism regarding the lack of elite contenders in the competition.

With Jacked and Moore set to compete alongside Walker, there is a lot more excitement as compared to the previous lineup.