Patrick Moore has been on a hiatus from competition but judging by his recent training session, a comeback could be in the cards for 2023. 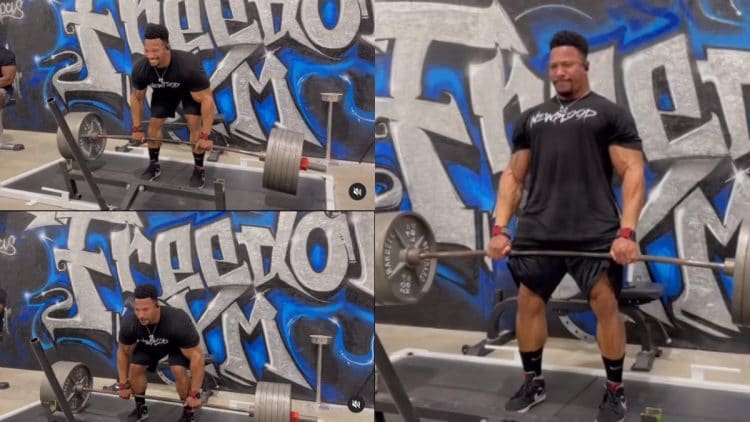 Patrick Moore has accumulated a wealth of experience performing against bodybuilding’s most elite athletes but recently took a hiatus from the sport. In a recent training session posted on Instagram, Patrick hits a massive 585 lb deadlift for six reps.

Moore established himself as a top name in the sport after an impressive 2019 season. He earned first place at the California Pro and then took his aesthetic physique to his first Mr. Olympia show in 2019 where he placed in tenth. In 2020, Patrick struggled to hit the podium while competing at his next three IFBB Pro shows. He kicked off his season by placing 13th at the 2020 Arnold Classic and attempted to rebound with a victory at the New York Pro but ended up coming in sixth. Patrick capped off his 3-show season with a fourth-place appearance at the 2020 California Pro.

Retired IFBB Pro King Kamali has questioned Moore’s championship material after his poor showing at the 2020 Arnold Classic. High expectations were placed on him before the Ohio show due to his conditioning, but Kamali is unsure if Moore’s physique is ideal for the Men’s Open division.

Moore showed the judges improvement at the 2021 California Pro and took first place. In his second attempt at Olympia, Patrick secured 14th place. Finally, Moore placed tenth at his final showing at the 2021 Legion Sportsfest Pro before taking a hiatus from competition. Last year, Patrick announced that he was taking a break from competing until at least 2023. Despite his time away from Pro shows, Moore has made it clear that his intention was to use the opportunity to build his physique and improve.

“Every week we keep pushing the limit. Deads with @bryan_troi at the END OF THE WORKOUT!🐺🏔” Patrick Moore posted.

Given his aesthetic appearance, many have suggested that Moore take his talents to the Classic Physique division in due time. As it stands, he has no definite plans for a return. In addition, Moore doesn’t appear to be slowing down during his hiatus from bodybuilding shows.

Patrick has been pushing himself by lifting heavy weights lately. Some have mentioned that Moore’s lower body needed improvement, and he’s steadily worked to shore up that weakness. The Men’s Open competitor has been featured in a number of training videos hitting some insane deadlifts in the past.

RELATED: Could Patrick Moore Be Mr. Olympia In The Near Future?

After an incredibly busy tenure as an IFBB Pro, Moore continues to push his body to the limit. If his recent deadlift session is any indication, his potential return to the sport will be explosive.