The Open division bodybuilder sustained a right bicep injury which has forced him to the sidelines for the remainder of the 2022 season. 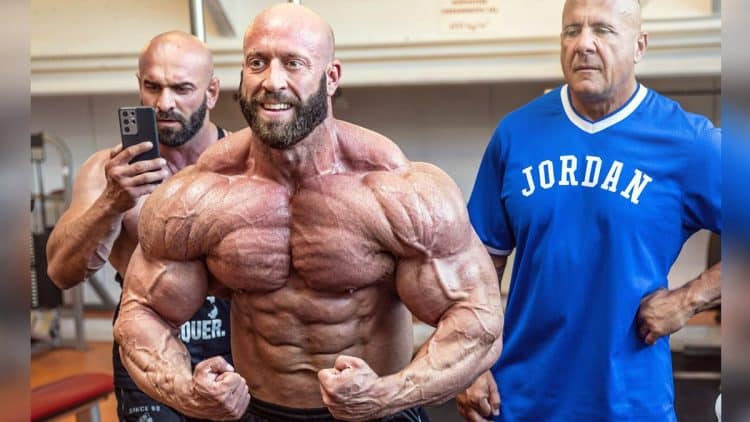 Open class competitor Petar Klancir’s path to Olympia has been littered with obstacles and it doesn’t seem to be letting up. In a post made to Instagram on Thursday, August 4, 2022, Klancir announced he will be ending his bodybuilding season after sustaining a right bicep injury.

“It’s a wrap! 2022 was an emotional roller coaster regarding my bodybuilding career.” Petar Klancir wrote.

Klancir made quite the impression over the past few years in the IFBB Pro League. His detailed muscle mass, impressive biceps, and full chest have catapulted him into the limelight. He stirred up the Men’s Open division a few years ago when he earned 10th place at the 2017 San Marino Pro. While his package wasn’t sharp enough to reach the podium, the result didn’t deter Petar from making improvements.

In 2018, Klancir attracted a lot of attention from the bodybuilding community due to his cartoonish build. With ideal structure and symmetry, fans were curious how much muscle mass Petar can pack onto his physique.

He proved that adding mass wouldn’t be a problem and returned to action after a long hiatus back in May. After visa problems prevented him from attending a few events, he finally got the chance to compete at the 2022 California State Pro.

Petar arguably brought the most conditioned package of his career to the Golden State, but he was unable to get past Andrea Muzi, Tonio Burton, Mohamed Shaaban, and champion Charles Griffen.

Last month, Klancir brought his physique to Portugal where he managed to place third at the 2022 Mr. Big Evolution Pro show. Klancir showcased an exceptional look and pushed second place finisher Andrea Muzi and champion Andrea Presti in a close battle. While fans are clamoring to see him on bodybuilding’s most prestigious stage, the Croatian bodybuilder’s Olympia aspirations have now been put on hold.

On Thursday, Petar told his fanbase he thought his season would last longer but a bicep injury has sidelined him from competing for the rest of 2022.

“I’ve missed two competitions at the beginning of the season due to US visa issues, on competitions I’ve reached first callouts without a fuss and as a highlight I’ve placed 3rd on @mrbigevolution competition in Portugal.

Maybe the season would last longer but I’ve sustained an injury and will update you more tomorrow.
But nevertheless I would like to thank all of my followers and supporters across the globe, you were amazing 🙏 I received so many messages of #support and love and it means a lot to me” Petar Klancir wrote on Instagram.

According to the Open class competitor, he plans to update everyone with injury details imminently. He is thankful for all of the support and reflected on some of the high moments from a season he described as an ’emotional rollercoaster.’

It appears Petar put an end to his current season. However, bodybuilders have from September 13, 2021, until November 20, 2022, to earn their Olympia qualification for the event, which is set to take place from Dec. 15th-18th in Las Vegas, Nevada. Athletes can either win a show and earn an invitation or qualify based on points accumulated by participating at various IFBB Pro League competitions throughout the year. Petar reacts to the bicep injury below:

“This week i sustained bicep injury, my right arm biceps tendon snapped 😬 (again). I already had the same problem 10 years ago but on the left arm. So what is the plan?

Competition season is over as I already mentioned before, next week I have appointment for MR and surgery will follow soon afterwards.
Nevertheless I feel positive and I will overcome this without any struggle, maybe I can’t train arms and back but this doesn’t mean that I can’t have progress on other muscle groups, especially LEGS & ABS.” Petar Klancir wrote.

Klancir has certainly endured a rocky 2022 bodybuilding season. After revealing a bicep injury, it remains unclear when fans can expect to see the Croatian pro back on stage.

Isometrics for Injury Prevention and Building Strength and Muscle