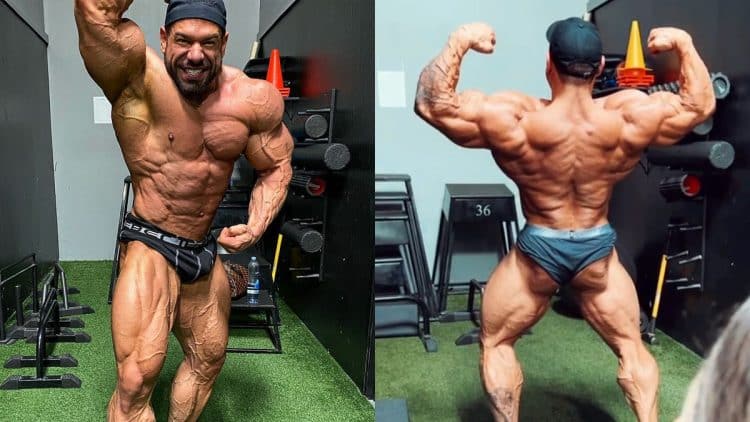 Steve Kuclo is looking better than ever just ten days out from the 2022 Texas Pro.

At last year’s 2021 Texas Pro, Steve was edged out by Iain Valliere, who shined during the event. Being placed second, Steve’s dreams of stepping on the Olympia stage would have to wait a little longer. After the unsatisfying result, Kuclo went back to square one. His hard work in the gym speaks for itself as his physique continues to get better. He will be ready to return this year with one goal in mind; blow his competition out of the water at the 2022 Texas Pro.

Kuclo has kept himself busy this year, having competed in two different competitions already. Before his showing at the 2022 Arnold Sports Festival, the IFBB Pro was praised for his conditioning and insane vascularity. He competed in the Men’s Open category and retained third place, the same spot he previously got at the 2021 Arnold Classic.

Steve’s second appearance would come at the 2022 IFBB Boston Pro that concluded just a week following the Arnold Sports Festival. Competing in two competitions that are so close to each other does not always yield the best results. However, Kuclo managed to carry his incredible physique into the contest and proved to be a formidable opponent.

Kuclo consistently ranks in the top five and his performance at the Boston Pro marked the third time in a row that he was given bronze on the podium. Throughout his career, the seasoned bodybuilder has demonstrated a commitment to improving his overall package.

In a clip uploaded to his Instagram, Kuclo shared a physique update two and a half weeks away from the 2022 Texas Pro.

“2.5 weeks out of @battleupproductions #TexasPro
281lbs in the video & Team Kuclo dialing things in one day at a time. The 👑 of Texas will remain in Texas this year.“

Kuclo continues putting in the work to refine his physique. With under ten days left until the show, Kuclo is leading the race in order to come out on top this year. Unlike last year’s event, which was overflowing with top talent, Kuclo is undoubtedly a favorite heading into this competition.

Steve Kuclo Shows Off Insane Triceps as Preparations Heat Up

In another video posted to Instagram, Steve can be seen working out his triceps. He starts by performing cable overhead tricep extensions before moving on to chest and tricep dips. He’s rocking out to the American band Pantera’s heavy metal hit, ‘Cowboys from Hell’ to get energized during the workout. Steve’s conditioning looks to be sharp, and he appears to be bigger than ever.

RELATED: Triceps Extension vs. Skull Crusher – Which One Is Best?

Kuclo hopes to finally take his career to the next level after experiencing some bumps on the road earlier this year. With ten days until the 2022 Texas Pro, should Kuclo claim victory, he will earn his qualification to compete at 2022 Mr. Olympia scheduled for later this year.