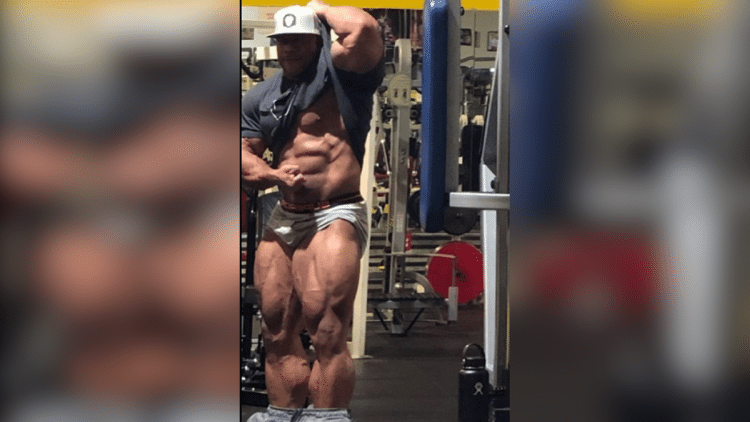 Phil Heath has made it clear that he is looking to get back to competing next year. As a result, he has been hitting the gym, and he looks incredible.

Phil Heath lost his Mr. Olympia title to Shawn Rhoden, in 2018. Following that disappointing result, he decided that he would take the year off, giving himself time to rest and recover. Despite the fact that Rhoden was unable to compete at this year’s Olympia, he maintained this break.

In fact, there was even a point where people were asking Heath about a comeback. He was quick to shoot down this notion however, saying he had never left. Then this was confirmed, when he was seen with Dexter Jackson, looking absolutely massive. Additionally, he has been constantly in the gym, even working his arms with Dwayne “The Rock” Johnson.

Clearly all this intense work in the gym is paying off. In a recent upload to Instagram, he showed off his incredibly jacked abs, and legs. He is looking massive like he never took time off. Furthermore, he shouts out his coach Hany Rambod, jokingly saying this was his update photo.

Heath looks like he has not missed a beat since his last competition. His physique is looking massive, and extremely toned. Looking at a picture like this, it makes it hard to argue that he would have won this year’s Olympia. Especially considering some of the backlash this year’s winner, Brandon Curry, received after his performance.

Nevertheless, it will be incredibly exciting to see the return of Phil Heath, next year. He has not yet specified exactly when he will be returning. However, whenever it will be, he is sure to absolutely crush the competition.