After much speculation, Phil Heath has finally answered whether or not he will be competing at the 2021 Mr. Olympia 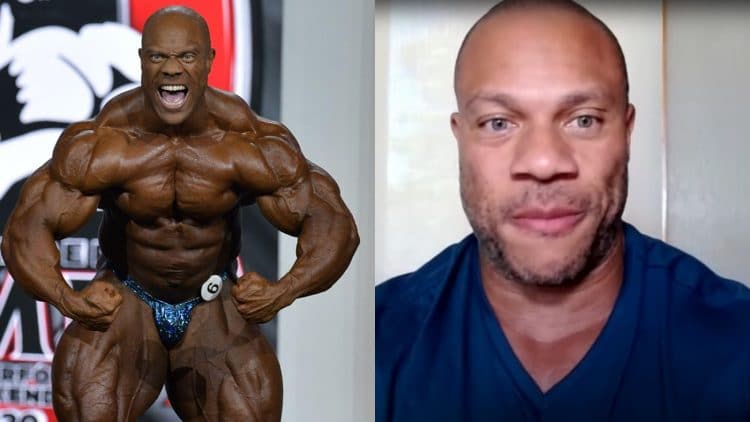 Basically From the moment the 2020 Mr Olympia ended, fans have been wondering what the future holds for Phil Heath. While he is still undecided about whether or not he will compete, he has confirmed that he is not retired.

The fan expectation was high heading into the 2020 Olympia, to see if Heath would be able to score that elusive eighth title. After he came third in this contest, looking far from the man who won seven previous titles, this led to some questioning if he was going to retire altogether.

Now, after a few mixed signals, it seems that we have an idea of where Phil’s head is, in regards to competition. Speaking in a recent interview, he explained that, while he has not completely made up his mind, he does not expect to compete this year, instead pursuing other ventures outside of the sport.

“Those questions are definitely still circulating, even in my house, but as of right now, I’m completely undecided. I’ve been more leaning towards not. Right now I’ve got some other things on the burner that are of great importance,” Heath said.

“You just never know. I’ve been in shape throughout this year, and I’ve been getting a lot of interest from other people, like what’s Phil’s next move as far as competitive stage? I haven’t retired, so I’ll just say that, and I’m proving to myself that I can be multifaceted and doing other things.

“That was something I respected with Arnold, because when he did his sixth Olympia, I believe that was around the time that Pumping Iron was created. He then left, and explained ‘I will always be a bodybuilder,’ but there’s some other things that he wanted to try, and those things were acting and such, but then he was able to come back.. and then win” Heath continued.

“So I think I’m allowed these same opportunities, and I don’t want to automatically revert and say I’m doing this, because there’s other things that I have on my plate, that I would like to experience, especially at 41 years old… I’m going to keep everybody guessing, but I will definitely, if I were to do it, they’ll know pretty soon.”

The 2021 Olympia Without Phil Heath

There is nobody arguing with the idea that having Phil Heath compete would make the 2021 Mr. Olympia better. However there are plenty of other exciting athletes that will be competing, that will make the show exciting without him.

Among these, of course, are the likes of Big Ramy and Brandon Curry, as well as the growing list of athletes who are already qualified. Additionally, with rumors swirling of a Kai Greene comeback, he could be added to the mix too.

While it appears that the door is closing on Phil Heath competing at the Olympia, it is good to hear that he is not retired. Time will tell when we see him onstage again, but if his words are to be believed, we could be seeing him with a better physique than in recent times.