Stefi Cohen won the fight with a unanimous decision after four rounds of fighting. 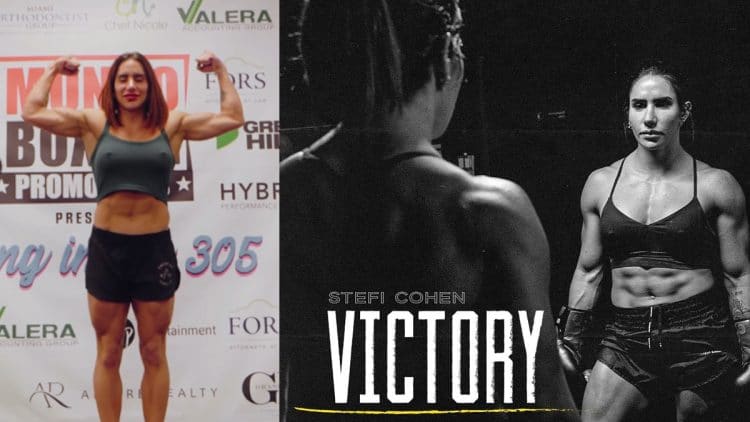 Powerlifting icon Stefi Cohen is pursuing a very successful career in boxing, as she just finished her third pro match. Stefi fought against a Mexican boxer, Karla Valenzuela, at the Boxing In The 305 event, which was held on February 11th, 2022, in Miami. Following 4 two minute rounds, Stefi was pronounced the winner with a unanimous decision from the judges, in the fight which was marked as a main card event.

Stefi weighed in at 53.4 kg (117.8 lbs) for this fight, which is almost the same bodyweight she carried for her powerlifting meets. She is 155 cm (5-foot 1-inch) tall and had a serious height disadvantage, as Karla is 5 cm (2 inches) taller than her. This is Stefi Cohen’s second pro win, but she also has one draw. However, she is still undefeated.

Related: Stefi Cohen is Pumped And Ready For Her Second Pro-Boxing Match

Karla Valenzuela is a 30-year-old Mexican fighter, with a lot more experience than Stefi, but not much success. Karla had 31 fights prior to this and only won 3 of those. She also had 3 draws and 25 losses. However, she had accumulated 162 rounds in the ring, which is a massive advantage. In addition, Karla had a decent reach advantage, and that was bound to make it harder for Stefi.

Stefi is a newcomer to the sport and only had 2 pro fights prior to this. Everyone knows she is a hardworking genetic freak, and that she can be successful in boxing if she wants. Stefi was a major fan favorite for this fight, and she justified the people’s trust. This is the first time that she wins on a judge’s decision, as her first fight ended with a knockout in the 3rd round. Her second fight ended with a majority draw.

Stefi is originally known as one of the greatest powerlifters ever, having held multiple World Records. Her official (done in competition) raw PRs are:

This is another step in the right direction for Stefi Cohen, and she will definitely continue with her boxing career. We all know how great she was as a powerlifter, and she seems to be as dominant in boxing too.