World record holding powerlifter Stefi Cohen has a big challenge in front of her after winning first boxing matchup. 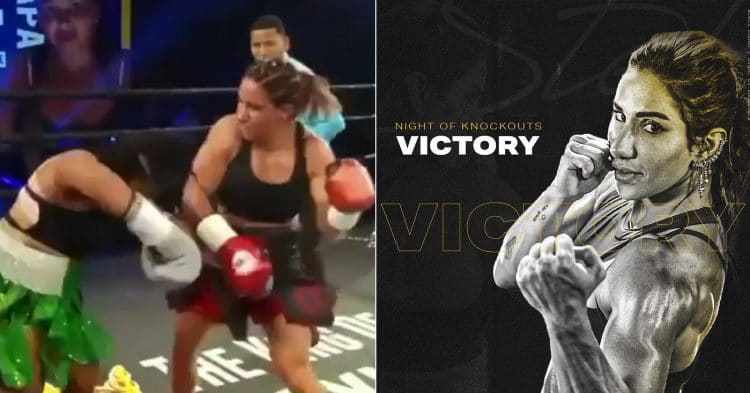 When it comes to strength sports accomplishments, powerlifter Stefi Cohen of Venezuela is right up there with the best. But how would she fare in a sport like, say… boxing? Well, we had a preview when Cohen made her boxing debut on June 4, 2021, at Mundo Boxing’s “Night of Knockouts” event at Hotel Catalonia in Santo Domingo, Dominican Republic. She defeated her opponent Haydee Zapa (4-4-0) in the 126 lb division by knockout in the third round. The event was headlined by Anthony Martinez and Christian Galvez.

Things got a bit wild with both appearing to swing for the fences but Cohen won the exchange that ended in her hand being raised.

You can watch her moment of victory below that was posted to the Hybrid Performance Method Instagram page.

The caption read “We’re celebrating this all night long!! Tomorrow is back to work“.

She also shared to her own Insta page with a boxing pose and caption.

The only problem with that is her next opponent is undefeated Avril Mathie of Australia who’s much more experienced in the ring with five wins, no losses, and one draw (5-0-1). She recently defeated Angelina Hoffschneider via technical knockout and plans to make Cohen her next victim.

On June 3, CoreSports announced the bout scheduled for  September 18, 2021, under the main event between Strongman greats Hafthor Bjornsson and Eddie Hall in Las Vegas, Nevada, which is no doubt the most highly anticipated matchup for the year. On the same card, CrossFit veterans Josh Bridges and Jacob Heppner will also face off.

Cohen has claimed over 20 powerlifting world records and is always taking on challenges, and even recently made the transition to bodybuilding, all of which she shares to her YouTube channel. Therefore, her trying boxing comes as no surprise.

But it’ll be interesting to see how she does against someone more experienced, although she seems to have picked it up pretty well and clearly excels at a lot of things.

Mathie will add another bout to her record when she competes on June 26th in Weston, Florida for “Weston Fight Night 2” and we’ll be sure to update you on Stefi Cohen’s progress.

Athletes and celebrities competing in the sport of boxing is becoming a very common thing and it’s hard to keep up with everything going on. The Paul brothers (Logan and Jake) are the most notable to have duked it out in the ring but there will be a lot more exciting matchups to come and we look forward to the result. 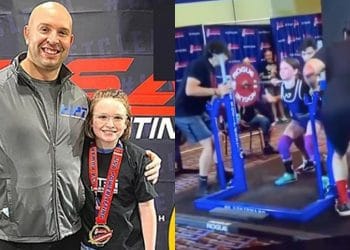