The powerlifting sensation had an awesome performance in her boxing matchup on Saturday but there was no winner. 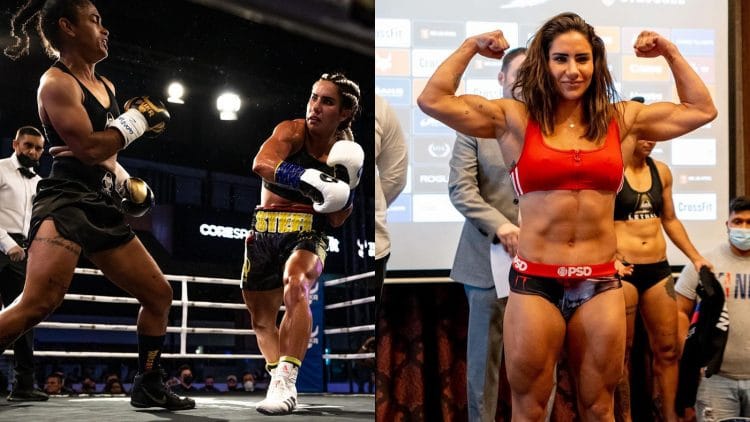 Stefi Cohen faced off against Marcelo Nieto in her second Pro boxing match on the Fight Night 3 Hafthor Bjornsson/Devon Larratt undercard on Saturday, September 18, 2021, in Dubai, UAE. While the Venezuelan multiple-time powerlifting record holder and Columbian-born Nieto both had impressive performances, they ultimately settled for a draw.

Stefi, now 1-0-1, won her Pro boxing debut after knocking out opponent Haydee Zapa (4-4-0) on June 4, 2021, at Mundo Boxing’s Night of Knockouts in the Dominican Republic.

It’s safe to say she caught the boxing bug after tasting her first victory in the ring and the powerlifting champion decided this was something she’d like to continue training for and competing in. After all, she’s competitive with just about anything and everyone wants to show off their skills in the ring these days.

The 29-year-old trainer and entrepreneur has been training with Cuban boxing coach Pedro Diaz and also had a recent session with UFC fighter Paige VanZant to prepare for Nieto, a mixed martial artist with a 3-3 MMA record and 2-0-1 boxing resume.

Stefi Cohen, a physically commanding powerlifter, weighed in at 56.8kg/ 125.2 lbs while Nieto weighed 55.1kg/121.5 lbs for their featherweight bout. Nieto had a small height advantage.

The bout was four two-minute rounds.

The event was streamed by CoreSports, however, their website apparently went down during the bout and we don’t have video footage from the matchup.

Cohen did share the following photos of her match on Instagram with the caption, “Loved every second.”

She was super excited to be able to step into the ring again to show her progress, and she’s made lots of it, taking her new endeavor very seriously and dedicating lots of time to improving her skills.

We’ll assume Stefi isn’t done with her boxing career and we look forward to seeing her progress and next matchup.