Less than five weeks from the 2020 Mr. Olympia, Rafael Brandao announces that a litany of health concerns have forced him to withdraw from the contest 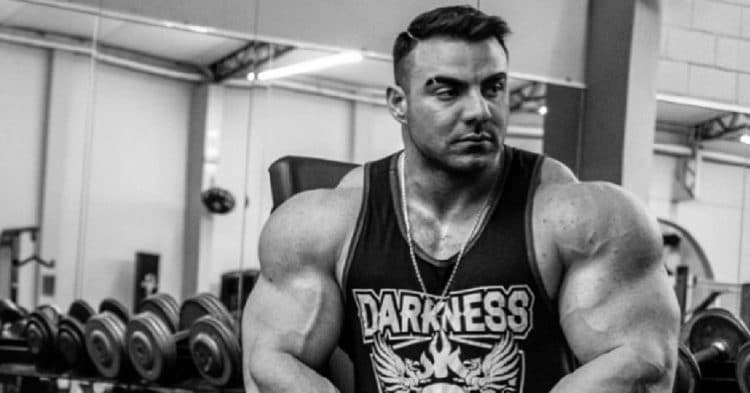 The 2020 Mr. Olympia is just around the corner, but the closer it gets the more athletes seem to be falling out. Now it seems that Rafael Brandao is the latest to withdraw from the contest.

This year’s Olympia has a lot of exciting names on the roster, and Brandao was certainly among them. He landed his spot at the event by clocking in a win at the Europa Spain show in October, and he looked great in doing so. The way he looked in this event made people curious to see how he would perform on the big stage, in Las Vegas this December.

Unfortunately it seems that the event that earned Rafael Brandao his qualification for the 2020 Mr. Olympia, is the same one that will be his downfall. Speaking in a press conference, which was shared on the Darkness Nation Instagram Stories, the Brazilian bodybuilder revealed that he contracted COVID-19 during his trip to Spain last month. While he no longer has the virus, he is still experiencing symptoms of bronchitis, and other lung issues causing breathing problems. He also has a deviated septum, which he plans on getting surgery to fix. As a result, he has made the decision to withdraw from the Olympia.

This is clearly a huge setback from Rafael Brandao, but perhaps he can take solace in knowing that he is not the only person withdrawing from the 2020 Olympia. James Hollingshead recently revealed that he would be taking this year off, after earning double qualifications for both the 2020 and 2021 events. Additionally, some serious injuries have likely forced Cedric McMillan on the sidelines for the rest of the year too. Although it is still up in the air, Hadi Choopan also recently explained that he is having issues securing a U.S. Visa yet again, making his Olympia future uncertain as well.

UPDATE: Rafael Brandao has confirmed that he no longer has COVID-19, and is simply listening to advice from doctors. He also promises to return better than ever next year.

That being said, there is still a lot to be excited for with the 2020 Olympia, even with Brandao and the others being out of the contest. In terms of Open competition, there is still the return of Phil Heath as he takes on current Mr. Olympia Brandon Curry. Of course, there is also the special invitation given to Big Ramy, which will allow him to be in the mix this year. There are plenty of reasons to have continued optimism that this year will be great.

Hopefully, Rafael Brandao will be able to heal up soon and not have any further health issues. It is quite a shame that he has been forced out of the Olympia, so soon after earning his qualification.