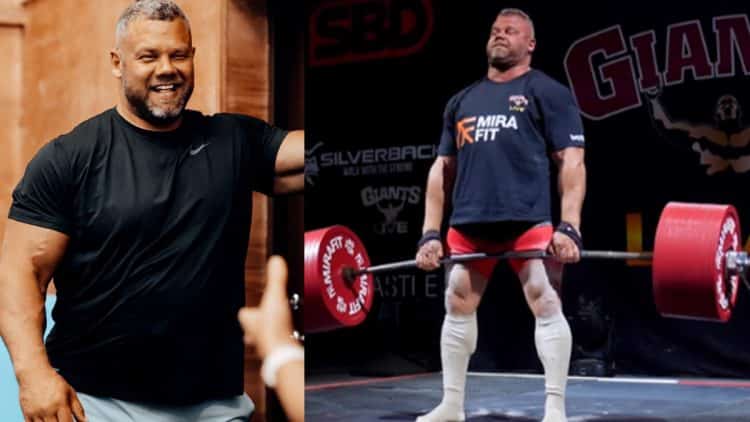 Due to his recent training sessions, Rauno Heinla’s appearance at the 2022 Giants Live World Open & World Deadlift Championships (WDC) was highly anticipated. Rauno recently turned 40 years old, which made him eligible to compete and break records in the Masters division. Obviously, Heinla immediately set his sights on the Masters Deadlift World Record. He unofficially broke it multiple times in training sessions, but it is now finally official.

Rauno Heinla only had one goal in mind for the 2022 Giants Live World Open, which was to bring his best shape and leave it all on the platform. However, no one expected him to be this good, as he deadlifted 476 kilograms (1,049.4 pounds) to set a new Masters Deadlift World Record. Rauno climbed onto the platform in his socks, deadlift suit, lifting belt, and lifting straps. When he pulled the weight, it appeared that there was potential for him to lift even more weight.

*It is important to note that the video below is in slow-motion, so Rauno pulled the weight much quicker than it seems.

Rauno Heinla did not attempt to deadlift 505 kilograms (1,113.3 pounds) despite seemingly being more ready to lift it than anyone else in the lineup. Giants Live put up a $55,000 prize for anyone who does it, but Rauno won the event by lifting 476 kilograms (1,049.4 pounds).

Multiple guys deadlifted 1,000 pounds (453.6 kilograms) and some even attempted to set a new World Record. No one was able to succeed in this endeavor.

Rauno Heinla probably did not go for a heavier deadlift since he had four more events remaining at the 2022 Giants Live World Open. As of this writing, Rauno won the Max Deadlift event, but finished in last place in the second event, Farmer’s Carry & Loading Medley.

The 2022 Giants Live World Open is Rauno Heinla’s 46th major Strongman competition. He has won four of them, but it looks unlikely that he will win the World Open. With this World Record, he now holds two records, having also recently broken the 580-kg (1,278.7-lb) Silver Dollar Deadlift World Record.

Rauno Heinla has never deadlifted more weight, which shows that he has improved significantly over the past year. Judging by this, there is a possibility that he continues training for deadlifts and becomes the first Masters athlete to deadlift 500 kilograms (1,102.3 pounds). Nonetheless, Rauno has made history with his new 476-kilogram (1,049.4-pound) deadlift, which cannot be taken away from him.