The names of the Strongman athletes who will attempt to break the All-Time Deadlift World Record are finally revealed. 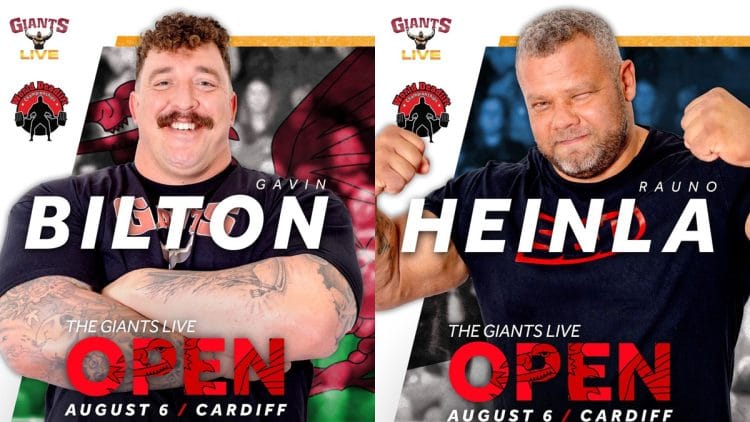 The 2022 Giants Live World Open will take place on Aug. 6, 2022, at the Motorpoint Arena in Cardiff, Wales. As the last year’s edition of this contest featured a deadlift record breaker event, this one will too. The 2022 World Deadlift Championships draws the most attention for this pairing. So on May 5, Giants Live revealed the lineup for both competitions on their Instagram.

The set target for the World Deadlift Championships will be 505 kilograms (1,113.3 pounds). This would beat Hafthor Björnsson’s 501-kilogram (1,104.5-pound) All-Time Deadlift World Record. If anyone manages to reach the ultimate goal in this competition, then they will be awarded with $55,000.

The events for the 2022 Giants Live World Open are still unknown, but the formatting of the competition is likely to be the same as last year. This means that the first event will probably be the deadlift for maximum weight. The rest of the events should follow after that.

It is interesting that this contest will feature six athletes who compete at the 2022 World’s Strongest Man. However, two additional Strongmen from this competition have withdrawn from the 2022 WSM, but they still aim for the deadlift world record. Rauno Heinla first withdrew due to stomach problems. While Peiman Maheripourehir announced his withdrawal today, as he did not get the visa to travel to the USA. However, it seems like he is able to go to Wales for the Giants Live competition.

Favorites For The World Record

The heavy favorites for deadlifting 505 kilograms (1,113.3 pounds) are Peiman Maheripourehir and Ivan Makarov. Peiman has previously pulled 492 kilograms (1,084.7 pounds) in training, while Makarov has recorded only a two-kilogram (4.4-pound) lighter deadlift in training as well.

Adam Bishop could also be a great contender, as he broke the silver dollar deadlift world record at one point. Mitchell Hooper also has a realistic chance, as he is very young and has a 475-kilogram (1,047.2-pound) deadlift, so his future in deadlifts looks very bright. Of course, every athlete at this competition is a candidate for the deadlift world record, but the four we mentioned seem to be the most realistic ones.

As the majority of competitors will be there mainly because of their deadlift prowess, Oleksii Novikov will probably be the overall winner of the 2022 Giants Live World Open.

He has already won the 2022 Europe’s Strongest Man and will hope to do the same at the 2022 WSM. As a lot of the athletes will take part in both competitions as well, it will be interesting to see how they balance the preparation for them.