Looking back on his 27-year bodybuilding tenure, Robinson said he had 'no idea' bodybuilders were using steroids back when he first started competing. 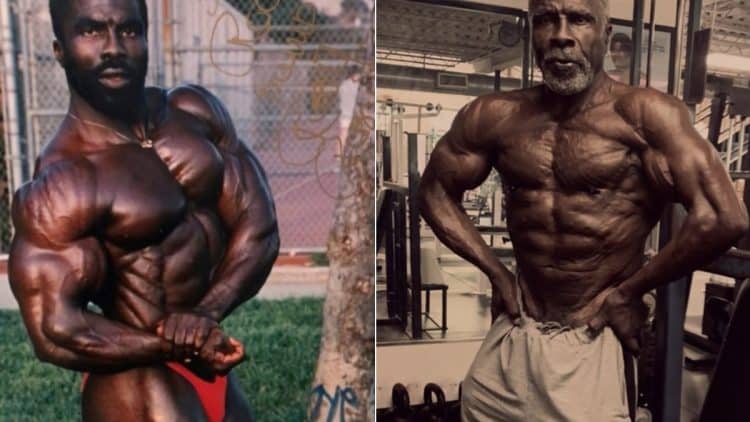 Golden Era bodybuilder Robby Robinson led a successful IFBB career for nearly 30 years. In a recent interview, Robinson shared how the late Jack LaLanne inspired him and the prevalence of steroids in bodybuilding when he turned Pro.

During his time competing, Robinson was known for his aesthetics, conditioning, and work ethic. In 1975, the year Robby turned Pro, he managed to capture the Mr. America, Mr. World, and Mr. Universe titles. In addition to those achievements, “The Black Prince” won the Night of Champions contest in 1979 as well as the Masters Olympia show in 1994.

While he’s long stepped away from the limelight, Robinson is no stranger to pumping iron and working out. The last time fans heard from him he joined Mike O’Hearn for an old school biceps training session. At 76 years old, Robby’s longevity is lauded by the bodybuilding community.

Enjoying retirement, Robinson still pays attention to how bodybuilding has evolved. When he’s not dealing with sickle cell anemia, Robinson likes to discuss the sport’s finer details. In his latest endeavor, he talked about the influence Jack LaLanne had on him as an aspiring Pro and his early experiences with steroids in bodybuilding.

Robby Robinson Reflects on ‘Huge Effect’ Jack LaLanne Had On Career: ‘I Watched Him Every Freakin Day’

During the interview, Robison opened up about how the late nutrition/fitness guru Jack LaLanne affected his career trajectory.

“I just watched his [Jack Lalane] show. But see back in that time, it was at the optimum. It was at his very beginning pretty much. I watched him every single freakin’ day. I wanted to be the next black Jack Lalane. I was like, ‘if he can do that, I want to do that.’

The man had a huge effect on me because of the fact that sometimes you need things like that. You need somebody to trigger you and make you stop and look at things. I mean, your parents do that. Wives and girlfriends do that, but sometimes out of the blue, someone can come across your field of energy and say, ‘whoa hold on, let me take a look at that,'” Robby Robinson said.

“He had a very powerful effect on me because he was just talking about how important your health was. [He] explained that healthy participation will keep you alive and that you should make it [fitness] a daily thing,” Robinson said.

Even though he’s gotten older, Robby doesn’t look at his age as a handicap.

“When people get older, they are pretty much ready to die. Okay, this is just a moment in your life okay. You can pick yourself up. You can be more active. You can change the way you eat. You can do things that will sustain you and take you to another level. Age is just a number; I don’t really see it as a handicap.”

According to Robinson, he didn’t know about anabolic steroids until after earning his Pro card.

“So by the time I really got into bodybuilding per se, competing in the big leagues. I’ll be honest with you; I didn’t know there were anabolic steroids in bodybuilding.

I built my physique from just straight food, hard work, discipline, posing — when I came here in ’75, I knew something was in the milk wasn’t clean, but I didn’t know what. So, I didn’t ask anybody because everybody is a little private,” Robinson said.

At the time, Robby had no idea bodybuilders were using anabolic steroids to build physiques. Once he started competing more as a Pro, he learned that athletes were using different compounds before competitions.

“I heard thing about it, you know, you use this, you use that, you take this or that before the competition. Honestly, I had no idea you had to use something to build your body. I thought it was God’s gift. You have everything in that body to build that body. I really believe that to this day.”

A few months ago, Robinson made headlines after sharing some wisdom with Arnold Schwarzenegger‘s son Joseph Baena. During the collaboration, Robby imparted wisdom and guided Baena through a number of bodybuilding poses.

Robinson’s passion for the sport is evident during his interviews and training sessions. In a sport where health and longevity are often overlooked, Robinson continues to show that age is just a number.