Robert Oberst initially hoped to compete at the 2023 WSM, but he announced his retirement much earlier than expected. 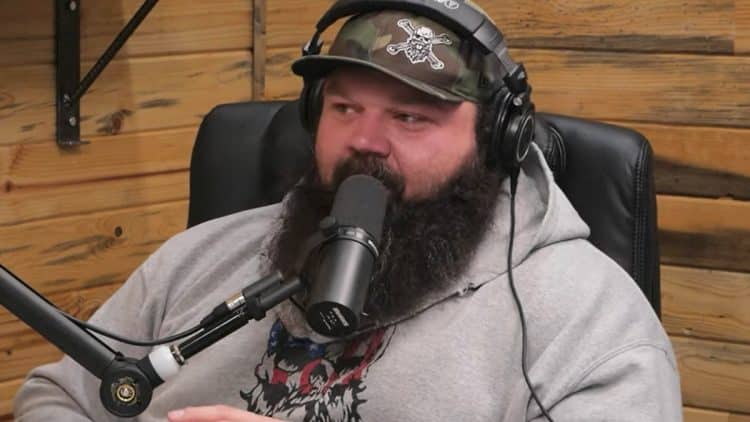 Robert Oberst has been one of the biggest names in Strongman for over a decade now. He began competing in the early stages of the modern Strongman sport and contributed to its development. After dedicating years of his life to Strongman and suffering multiple injuries, Robert decided that retiring would be the best thing for him and his health.

Robert Oberst made the retirement official by announcing it on Brian Shaw’s podcast where he was featured as a guest. Multiple factors played a role in making this decision, but Robert tried to explain everything as precisely as possible. His injuries, family, mentality, and more are just a part of a deciding process which has been going on for years.

“I had my eyes on the exit for a little bit… It does frustrate me… My body is just not cooperating with me fully anymore. It’s just as soon as I get going here, something goes there and it’s always one way or another. So, officially as of this point right now I will never compete in Strongman, or heavy lifting, or anything ever again. I am retired fully from competitive Strongman.

Robert Oberst was supposed to captain Team USA at the 2022 World’s Strongest Nation, but everything fell out for currently unknown reasons. Martins Licis took over his role, but Team USA’s efforts were not enough to beat Team UK who were captained by Eddie Hall.

“I trained for like two years for what I thought was going to be my final show and I just kept training, and it fell apart. As soon as I eased off my body started to feel a bit better… There is only so long you can look at the exit before you do something silly.”

Robert Oberst is not leaving any room for a potential comeback, as his way of thinking does not allow him to be indecisive. This mentality also brought him major success over the years, since he was always fully committed.

“I’m not good at being half in and half out… There is no way I can be partially in. My body, my soul, everything rejects it.”

Robert Oberst competed in 19 International and National Strongman shows, one of which resulted in a victory. Alongside that, Robert stood on a few more podiums and often dominated the field in upper-body strength-related events. Oberst appeared in eight World’s Strongest Man competitions, with his best placing being 8th at the 2018 WSM.

Robert Oberst also starred on a hit TV Show “The Strongest Man In History”, which made him one of the most famous and recognizable athletes in Strongman.

Robert Oberst is retiring just before turning 38 years old, since his birthday is on December 20th. He has previously expressed a desire to build his own ranch, so this might be his next goal now that he is retired. Regardless of what he decides to do next, we wish him joy and peace as he begins a new chapter of his life.