In an interview with Brian Rose of London real, the legend Ronnie Coleman talks about his past, competition, and how he overcame adversity to become the greatest bodybuilder of all time. 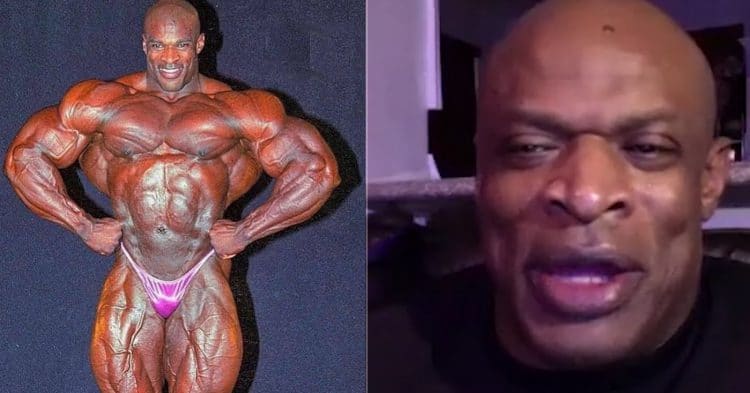 It has been a very rough few years for 8x Mr. Olympia Ronnie Coleman. After retirement, he had multiple back surgeries, and one point, there was a real possibility that he’d never walk again. But being the incredibly resilient and determined champion that he is, well, nothing has been able to stop him from training even up until now (and he’s still walking). He may not be able to do the things that he used too, but he has been able to stay in shape and looks great.

And if anyone knows a thing or two about overcoming challenges, it would be the man who was able to win the most prestigious title in bodybuilding a record eight times (tied with Lee Haney).

Coleman recently sat down with Brian Rose of the popular YouTube channel London Real where they discussed a wide range of topics.

The interview started off with Coleman’s talking about his passion for bodybuilding as well as his experiences when he competed.

Related: Ronnie Coleman Opens Up To Joe Rogan About Getting Insane 13 Surgeries Post-Bodybuilding

At one point in the interview, Brian talked about how he himself once trained with 6X Mr. Olympia Dorian Yates once, where he learned what it really takes to be a high-level competitor. Yates pushed Brian beyond what he thought he was capable of which no doubt gave him a new respect for competitors.

He asked Coleman where his superior work ethic and training intensity comes from, and whether or not he goes to a dark place to channel those demons.

Well according to Coleman, that wasn’t quite the case.

“It’s not true with me. It’s just a desire to be the very best that I can. I’m like that with just about everything that I’ve ever done. I put every ounce of hard work and dedication into everything that I try to achieve. I feel like if you’re not doing it to be the best at it, you’re pretty much just wasting your time”.

He explained that he was born which that characteristic.

Coleman was asked what advice he’d give to kids these days about how they should think about their priorities. Brian brought up the fact that a lot of people like to blame their lack of success on everything and everyone else rather than acknowledging the real reason/s for not succeeding.

“I think anybody that has anything has had to work extremely hard for it,” said Coleman. “Anything given to you is not really worth it. If you work hard and you make the sacrifices, it makes enjoying your success that much better for the most part.”

Was there anything Ronnie Coleman regretted in his career? Well, maybe, if he didn’t win the biggest title in bodybuilding more than anyone in history.

His response was, “Nothing at all because I use to tell people, I never in a million years would have thought that I’d win one Olympia, let alone eight“.

Coleman said that he wasn’t even expecting to win his first Olympia. In fact, he just got into it because it allowed him to train for free at his gym.

“It was never a lifelong dream of mine to be a bodybuilder”.

He never even though he was cut out to be a bodybuilder but boy was he wrong about that.

Regarding the amount of muscle that Ronnie Coleman had to gain during his journey, he explained that the most muscle he put on each year was about 5-6 pounds. It took Coleman roughly years to build his physique and become champion but with enough perseverance and patience, he made it happen.

“A lot of people are not real patient when it comes to packing on the pounds”. There’s a lot of truth to this.

Another topic they touched on was the Dorian Yates era of bodybuilding where Yates completely dominated for years before his retirement in 1997 after his last win. Coleman came along and won the Olympia the very next year (1998).

Coleman was essentially asked what he thought about Yates’s contribution to the sport. Yates was one of the first mass monsters that the sport had seen at the time. But he also brought the conditioning to the stage to match.

“He had the big muscles and the conditioning that nobody had ever brought to stage before. He was the first guy to ever do that,” said Coleman.

But what could people look back and say about Coleman’s era?

“I was trying to do the same thing Dorian was doing but on a higher weight scale. I got all the way up to 295 on stage with conditioning and stuff”.

Ronnie Coleman definitely introduced a new era of mass monsters, having improved every year and bringing more mass to stage.

You can watch a portion of the interview below and there’s a link at the end of the video for the full interview.