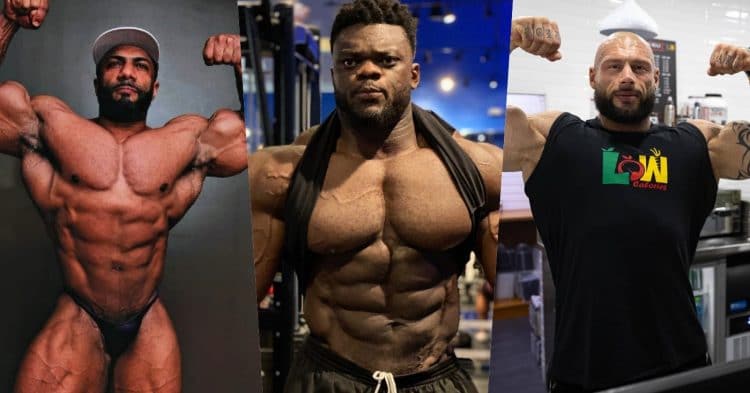 The 2021 Indy Pro is set to take place May 8th, in Indianapolis, Indiana, as athletes come out to earn a qualification for this year’s Olympia. This is a guide on who has the best chance of walking away from this contest victorious.

There is a lot of excitement for the Indy Pro this year, in large part due to the list of competitors who will be attending. It will be available for viewing through pay-per-view purchase for $19.99 at the website here.

This competition is narrowed down to two divisions: the Men’s Open and 212 Division. Despite that, it can be easy to overlook some of the names that are competing, so we have complied the top three athletes that are worth watching this weekend.

Without further ado, here is a preview and breakdown of the 2021 Indy Pro.

We begin our preview by talking about someone who has largely flown under the radar ahead of the Indy Pro. This is rather surprising, given how promising Justin Rodriguez looked when he came in 10th place at the 2020 Olympia.

Prior to that, he was a runner up at both the Chicago Pro and New York Pro, the latter of which left some feeling like he should have won. While he did not live up to the expectations that were set up from those impressive performances, he does look ready to turn that around this year.

Leading up to the Indy Pro, Rodriguez has been looking better and better with each passing training session. It leaves fans wondering if we could see a surprise victory out of him this weekend.

Arguably this weekend’s favorite is French bodybuilding giant Morgan Aste. The 6’4 bodybuilder looked solid en route to coming in tenth place at the 2020 Arnold Classic, and has been hard at work to improve from there.

Leading to the 2021 Indy Pro, Aste has been working hard to bring up the areas that cost him a higher placing at the Arnold. This has seen him grinding away in the gym, even working with Larry Wheels at one point.

Time will tell if Morgan Aste is able to use his enormous size to pull off the win at this contest, and etch his invite to his first ever Olympia However if his recent updates have been any indication, he stands a pretty solid chance of doing just that.

Of course we would be remiss without mentioning the most talked about athlete who will be competing at the 2021 Indy Pro. This may only be Blessing Awodibu’s pro debut, but he will bringing with him a massive following of fans and haters alike.

This will be the first of a few back to back shows for Blessing, as he looks to make up for the four years of inactivity. He has been talking a ton of trash leading into the show, but recently showed a physique that seems worthy of backing it up.

If things go according to plan, Blessing Awodibu will leave his pro debut with an Indy Pro win and an invite to the 2021 Mr. Olympia. That said, there are still a lot of unknowns about how he will look onstage next to other elite bodybuilders, after all this time.

Obviously that is nothing that we can know in advance, as there are a lot of unanswered questions heading into this contest. Questions like how will Blessing Awodibu look in his pro debut, what improvements has Morgan Aste made, and is Justin Rodriguez the real deal like he seems?

While there are so many unknowns, it does seem pretty much guaranteed that the final three at the 2021 Indy Pro will come down to these gentlemen. The Men’s Open division seems like an ultra exciting one to watch at this show.

Who do you think will get the win this weekend?