Ronnie Coleman Predicts Who Will Win The 2019 Mr. Olympia 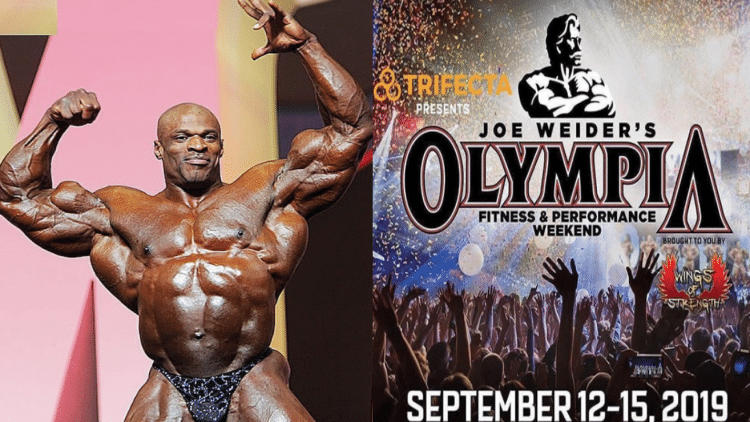 The 2019 Mr. Olympia is just a short few days away, and everybody is excited to see how it will play out. Ahead of the big competition, Ronnie Coleman gave his thoughts on how he thinks things will go.

The lead up to this year’s Olympia has been exciting, filled with tons of action. Additionally, the fact there will have to be a new champion crowned in both the Open and 212 Divisions, makes for high stakes. Therefore, a lot of speculation has taken place, surrounding who will walk away with those titles.

Just a few days shy of the big competition, eight time Olympia winner Ronnie Coleman spoke with Muscular Development about the event. In the interview, he also describes how things will transpire. Moreover, he gives his predictions about who will walk away with the title of Mr. Olympia.

Initially, he was asked about the chances of Cedric McMillan, a late-notice competitor who received a special invitation to compete. Comparisons are made to the fact that Coleman scored 9th place in 1997, only to come back and win the title in 1998. Similarly, McMillan also got 9th place in last year’s competition.

Subsequently, Coleman was asked if he thought Cedric could follow in his footsteps.

“I mean if he shows up, looking just crazy, his chances are pretty good. They’ve always said he could be the next Mr. Olympia, if he just got it together. So, I totally agree with them.”

Coleman did clarify that while that could be possible, he finds it unlikely. In fact, he says that the winner will likely be someone who finished in the top 5 last year.

However, when pushed to give an official prediction, Coleman reluctantly obliged.

“That’s really hard to say, because I haven’t really kept up with too much of that Olympia stuff. So I would have to go with somebody like Brandon Curry.”

The conversation then switched to Hadi Choopan, who was finally able to get a U.S. Visa. However, there still has not been a decision as to which division he will compete in. Coleman believes he will go after more money in the Open division, as opposed to the 212. Additionally, Coleman believes that he could easily get a 4th or 5th place in the Open, with little trouble.

Ronnie was then asked about last year’s Olympia Shawn Rhoden.

At one point, Rhoden was signed with Coleman’s company, Ronnie Coleman Signature Series. Therefore, it came as a shock, when Ronnie heard the news that Rhoden was facing sexual assault charges, and would be unable to compete.

“I can tell you, I worked at the police department for many years, so you know I know how the law works and everything.

I read some of the initial reports, and I said I find it kind of hard to believe, but still ain’t taking away from the fact of the situation that I read.

But I guess it’s like they say, you stay innocent until proven guilty as always. But like I said, I was totally shocked and blown away by what happened.”

Coleman went on to explain that he and his wife had Rhoden over for dinner, and that neither believe that he did what he is being accused of. However, he does explain that he can understand the AMI’s decision to remove Shawn from the competition. In fact, he says that it is on par with similar situations in other sports.

Ronnie Coleman is one of the greatest bodybuilders of all times, so his opinion is one that carries weight. He looks at the 2019 Mr. Olympia for what it is – an opportunity for every single competitor.

The competition takes place from September 12-15th, and it seems certain that he will be watching.