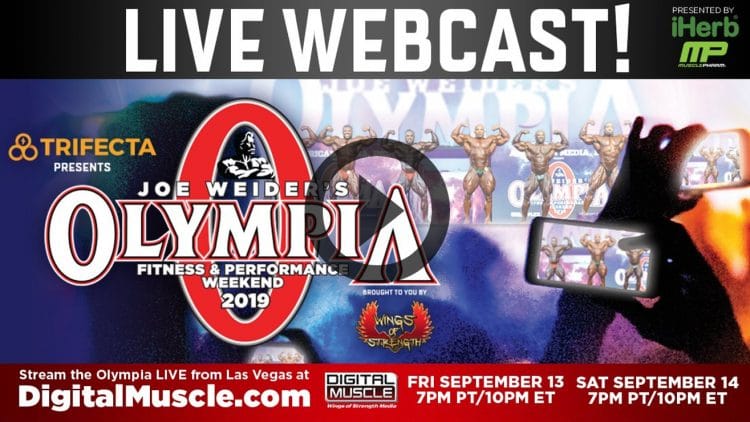 The 2019 Olympia is a little over a week away and top athletes are gearing up to compete for the biggest title in fitness competition from September 13-14 (event runs 12-15) in Las Vegas, Nevada. The event will showcase the best competitors from several divisions which include the Open, Classic, Men’s Physique, 212, Bikini, Fitness, Women’s Physique, and Figure.

For all Olympia 2019 Results & Updates: Fitnessvolt.com/Olympia

Here is a schedule of some of the biggest events of the Olympia weekend, from the official Olympia website:

Now that you know when everything will be happening at the 2019 Mr. Olympia, it is time to understand why you should watch. Each division in this year’s Olympia will be bringing some very exciting action. Here is an overview of what to expect from some of these athletes over the weekend.

Now that you know when everything will be happening at the 2019 Mr. Olympia, it is time to understand why you should watch. Each division in this year’s Olympia will be bringing some very exciting action. Here is an overview of what to expect from some of these athletes over the weekend.

7x Mr. Olympia champion Phil Heath has still not confirmed if he will be competing this year after falling to Shawn Rhoden at the 2018 Mr. Olympia contest. And he may not if Rhoden isn’t competing after the latter had his eligibility revoked following the rape charges. But we’re still not sure as of right now. However, Brandon Curry is a strong favorite if the top two guys from last year do not return.

Curry won the 2019 Arnold Classic competition and has been looking incredible but last year’s third-place Olympia finisher Roelly Winklaar could be right on his heels. Then you also have Dexter Jackson, William Bonac and Luke Sandoe who should all be right there in the running for top spots.

But, we all know that photos can only show so much and we’ll really see who looks best on stage. 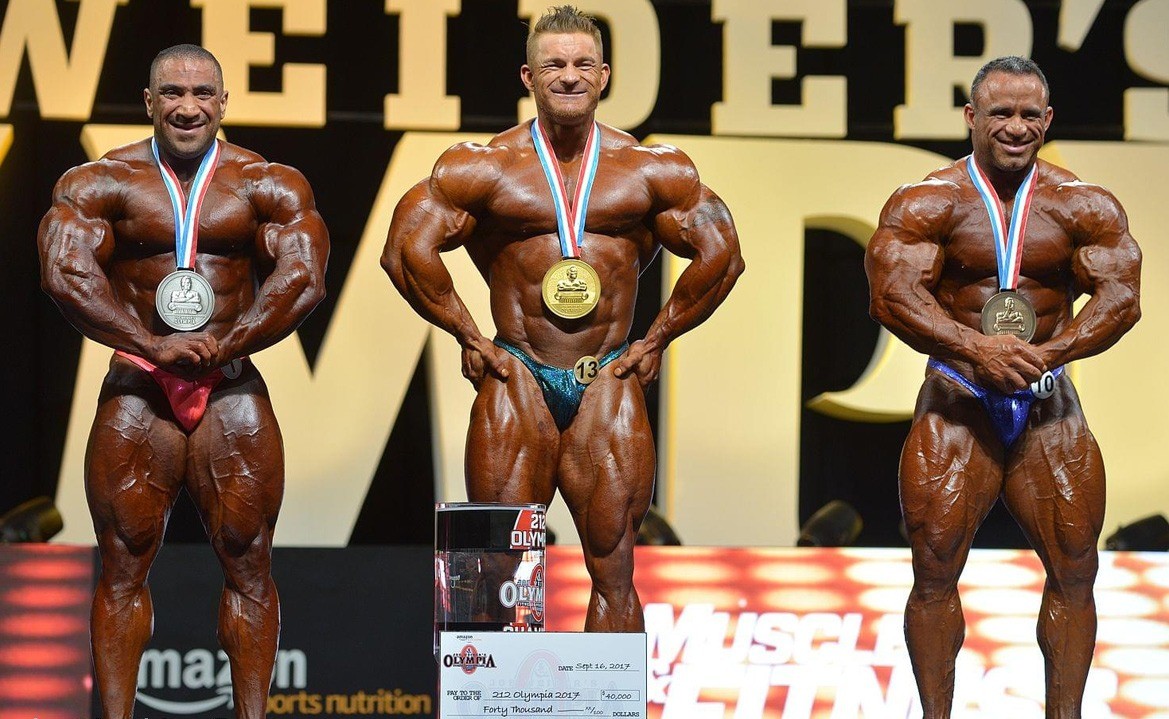 7x champion Flex Lewis announced his retirement from the 212 division and there are definitely a few guys in line who could win the title in 2019.

Derek Lunsford has what it takes if he can bring a near-perfect physique and a lower body to match. But… if Hadi Choopan decides to compete at 212, then he is surely a favorite and it could come down to him and Lunsford.

Breon Ansley will be looking to win his third consecutive Classic Physique title at the Olympia with Chris Bumstead right behind him who was also the runner-up in 2017 and 2018 to Ansley. But the lineup is pretty stacked with other elite competitors like George Peterson, Henri-Pierre Ano, and Arash Rahbar who placed top 5 last year.

Brandon Hendrickson is the top guy to watch after having knocked 4x champ Jeremy Buendia off last year to win the division title at the Olympia. However, Raymont Edmonds is arguably at the top of his game and has had a phenomenal 2018 and 2019. So, the title is definitely up for grabs to whoever can come in the sharpest. 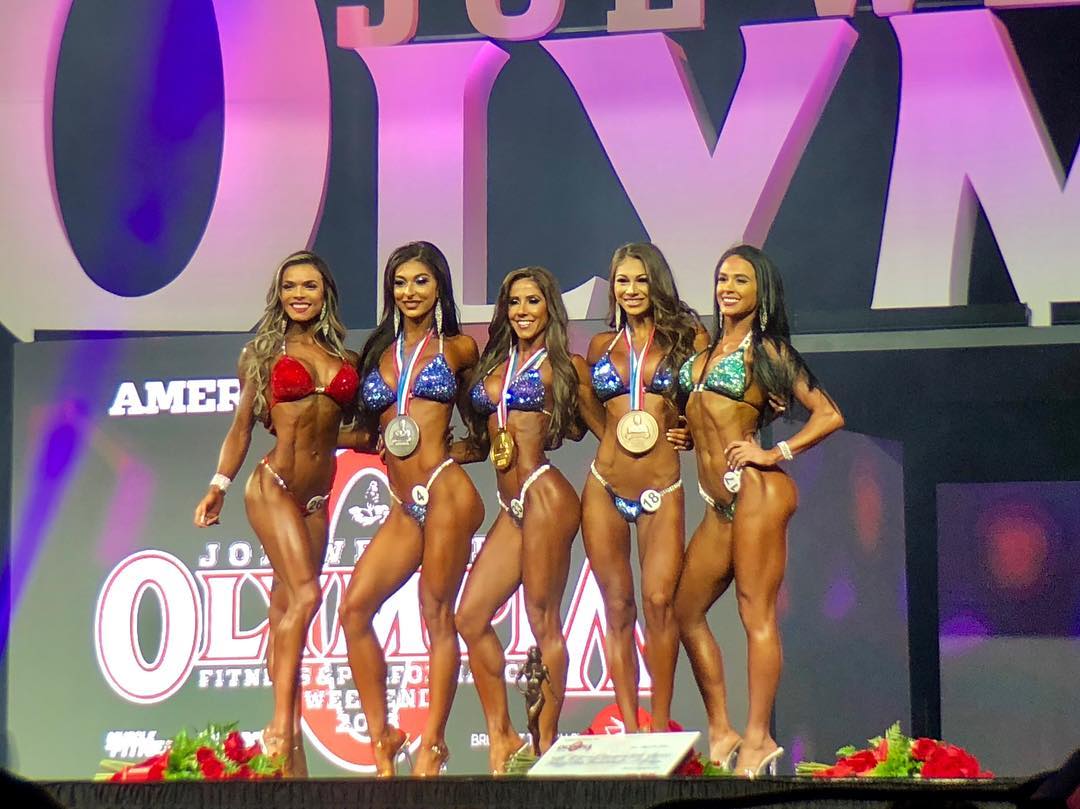 The Bikini Olympia will include top competitor Angelica Teixeira who will be competing for her third Bikini Olympia title. But Janet Layug, who won the 2019 Bikini International and Arnold Classic Australia Bikini may be her toughest challenger in 2019.

She was the runner-up at the 2018 Olympia but it’s a matter of who looks better on the day of. 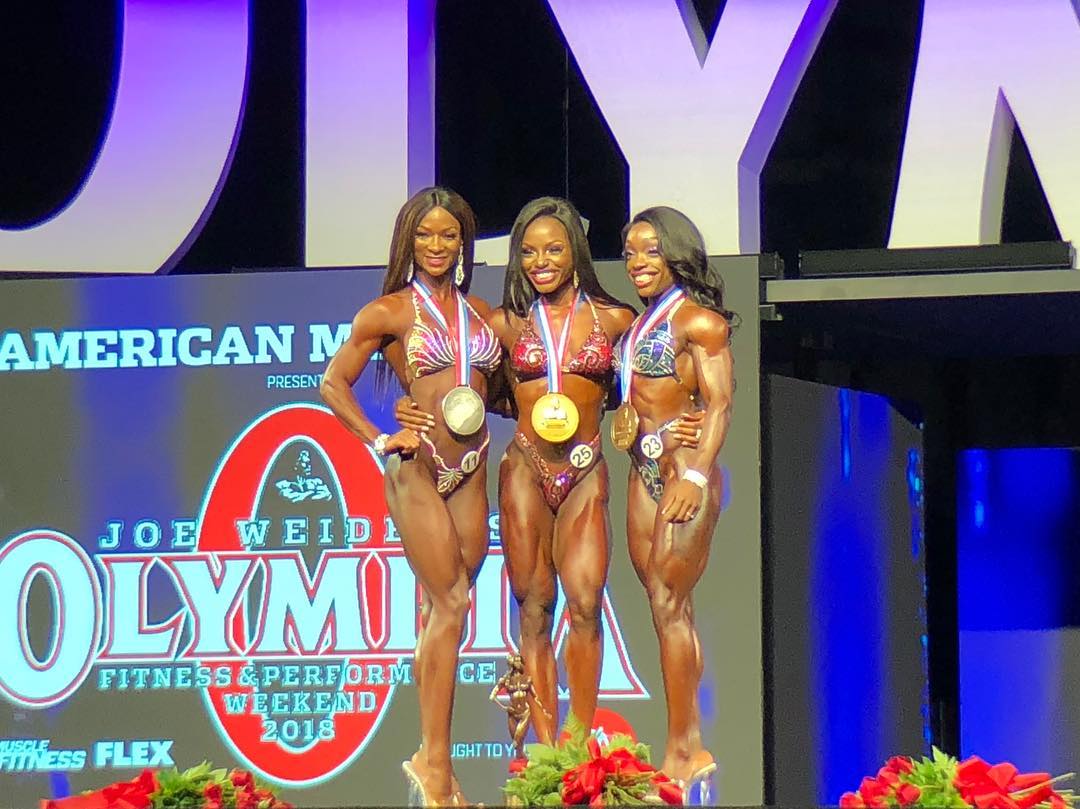 It’s very likely Cydney Gillon could win her third consecutive Figure Olympia title because she’s been on a roll lately, even winning the 2019 Figure International. But Candice-Lewis Carter is right there as well along with Nadia Wyatt.

Shanique Grant is currently dominating the Women’s Physique division winning the New York Pro, Physique International, and Olympia all in 2018. She’s shredded to the bone and we’re excited to see what she brings to the Olympia.

Natalia Abraham Coelho placed second in 2018 behind Grant and she won the 2019 Physique International. But we can’t underestimate Daniely Castilho either who jumped from 7th to 3rd at the Olympia in one year.

Well, there you have it. A little overview of what to expect from the competitors for the 2019 Olympia and the event schedule. And we’ll update shortly with more details of how to watch the competition online.

The 2022 NOBULL CrossFit Games are set to start on Wednesday, Aug. 3rd, and last all the way to Sunday,...

It's here! The 57th edition of Joe Weider's Olympia Fitness and Performance weekend returns to the Sunshine state with the...

The 2021 Arnold Classic is set to take place on September 25th, in Columbus, Ohio. This is a complete breakdown...