See who the top potential 212 contenders are for the 2019 Olympia. 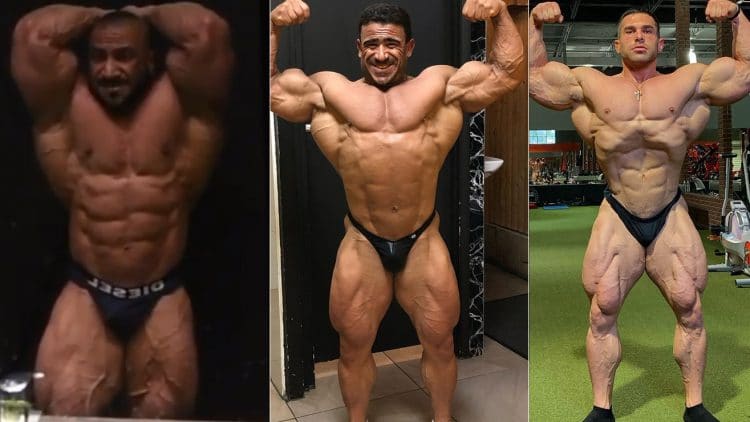 The 212 division doesn’t get as much attention as the other divisions but there are some really impressive competitors who will be gunning for the title this year. 7x (consecutive) champion Flex Lewis has dominated 212 Olympia competition but he announced that’s he’d retire from the division before his last win in 2018.

So, there will be a new champion crowned this year. Now, the 212 contest was removed from the Arnold so were not sure how much longer the Olympia will host the division before something changes. But it should be an exciting year nonetheless and we’ll worry about what’s to come later on.

Derek Lunsford is the 2017 Mr. USA champion and an elite 212 competitor. He placed 5th at the 2017 212 Olympia and was the runner-up behind none other than Flex Lewis in 2018. Lunsford is a top 2 guy without a doubt because he has the genetics, symmetry, and hopefully, perfect conditioning to come in and get the win.  But his lower body will need to be on point and that will likely make the difference in his placing.

Lunsford recently explained that things were “clicking on another level” for him and he wants the title.

Hadi Choopan is currently fighting to be able to participate at the 2019 Olympia because of the travel ban placed on Iranian nationals. He was denied a U.S. visa earlier this year but the Olympia is working to get him over after his win at the Vancouver Pro in the Open division recently where he looked insane. It’s very possible that if he is able to compete this year, that he can take the title because he has the full package with size and conditioning.

Kamal Elgargni is an impressive figure and a true threat to the 212 division title. He won the 2018 Arnold Classic 212 and placed third at last year’s 212 Olympia.  If Elgargni comes in super tight, there’s a good chance he’ll remain in the top with the current field of intense competitors.

Ahmad Ashkanani was the 212 Olympia runner-up in 2016 and 2017 but he fell to a fourth-place spot in 2018. He’s incredibly massive but conditioning is sometimes an issue with more size. Ashkanani won the 2019 New York Pro 212 but he’ll have to come in sharper to improve his placing this year. We’ve seen competitors bounce back but there are hungry guys coming up now so it’ll be harder this time around.

David Henry has been competing for well over a decade and although he’s quite impressive, he’s 44 years old which isn’t necessarily a dealbreaker but age is still a factor. Henry won the Olympia 202 title when it was first introduced in 2008. But it no longer exists and now we’re talking about 212.

A post shared by David Henry aka The OGK (@davidhenry_ifbbpro)

This year, the 212 division will be a very exciting event to watch seeing as Flex Lewis is gone and a new champion will be crowned.

Who do you think takes the 212 Olympia?