Patrick Moore posts a progress pic and details his plans for the Arnold Classic. 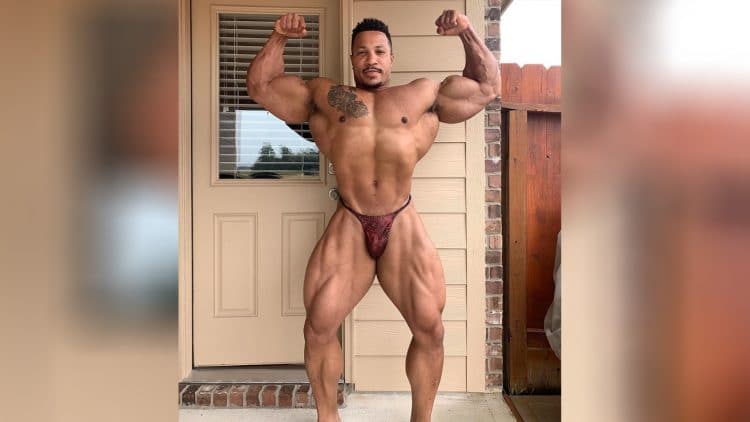 IFBB Open division Pro Patrick Moore received a lot of unexpected attention at the 2019 Mr. Olympia (debut) for his outstanding physique and conditioning. And shortly after the competition, he was already in the conversation about becoming a future Mr. Olympia champion. He’s also getting compared to Lee Haney because we’d have to agree that there’s a resemblance (in the face at least).

Moore won the California Pro this year where he earned his Pro card and then to come in 10th place in his first Olympia is ultra-impressive. But he knows there are many improvements which need to be made and the up and comer will surely be a force to be reckoned with if he continues to become a more beastly version of himself (while keeping the conditioning of course).

“Sent out progress pics to @therealtechnician today…..14 weeks out from @arnoldsports. There wasn’t a crazy jump in weight after @mrolympiallc…..and it never is for me. We’re starting this prep at a lower weight than the last, so we may actually be able to grow into this contest.

Moore is trying to plan intelligently before he makes his Arnold Classic debut in Columbus, Ohio. And it seems that he has the right idea about the areas which need to be brought up so that he can go into the show looking his best.

All efforts are geared toward bigger legs and back, not just overall size. Definitely looking forward to my first #arnoldclassic! If you guys haven’t already, check out the YouTube channel for recent content! Have a great weekend!“

Here’s a video from when he was at the Olympia.

A recent video where Patrick is working on his arms:

We plan to see much more of Patrick Moore throughout the year and we’re sure that if he makes the needed improvements, well… the Open division better watch out!

The 2021 Mr. Olympia goes down from October 7th-10th, in Orlando, Florida. With about seven weeks to go until the...

The 2021 IFBB California Pro took place on Saturday, May 29th, 2021, at the Anaheim Marriott in Anaheim, California. This...