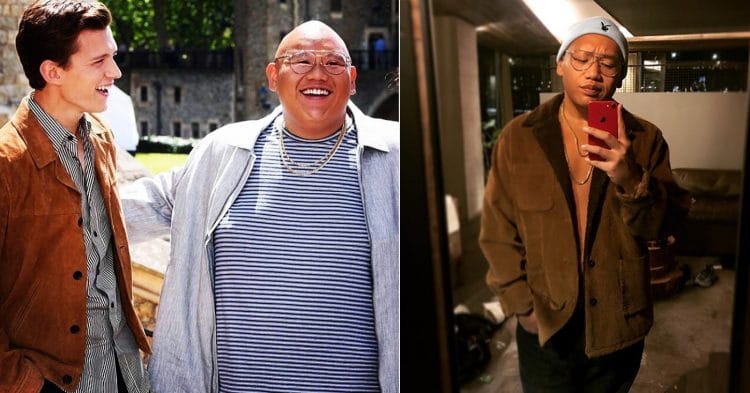 Jacob Batalon who plays Ned Leeds in Spider-Man is now boasting a huge weight loss on Instagram. He’s the best friend that everybody loves to love in Marvel’s big-screen Avengers and Spider-Man series, and next time he hits the studio, it will be with an all-new look.

Jacob Batalon just turned 24 on October 9, and he celebrated it on Instagram with a weight loss announcement. He’s calling it the “Kobe year.”

Although he plays the cuddly best friend we all wished we had, the cuddly part of his life was also a frequent source of pain. Body shaming became an issue for him in the very skinny world of Hollywood. However his recent Instagram post decided to shame the body shamers. Now, after some incredible weight loss, Jason Batalon has never looked better, from the inside out.

“Don’t try to get at me, imma be vibin all day. People can stop telling me to lose weight now.”

In the comments section it was clear to see his fans view him as an everyday superhero for this accomplishment. He got  a sweet nod from Harry Holland with a “Wow” factor comment. Other fans asked him how he did it, and hope the weight loss doesn’t cost him future BFF roles.

Jacob Batalon stands at 5’4″, and prior to this Instagram post, he was noted on some celebrity sites as weighing 191lbs/87kg. While we don’t know exactly how much weight he has lost, we do know a significant amount has melted away.

Related: Chris Hemsworth Goes From Thor To Hulk By Bulking Up For Hulk Hogan Biopic

Actor Jacob Batalon is best known for his roles in the Spider-Man series by Marvel Cinematic Universe. He broke into the entertainment industry in 2016 playing the role of Cooper in North Woods. By 2017 he became Spider-Man’s best friend on the big screen in Spider-Man: Homecoming.

The next Spider-Man film is going to be a Sony film, and is currently slated for a December 2021 release, and all reports indicate he is going to be back as Ned.

At 24, he has a short list of excellent accomplishments, with most centering around the Avengers fandom. Born in Hawaii to Filipino parents, Jacob found fame when Marvel found him.

Also Check: Kumail Nanjiani Shares The Workouts That Got Him Looking Like A Marvel Hero

Fans around the world look up to Dwayne Johnson’s larger-than-life persona and unparalleled work ethic for motivation. Johnson is also...