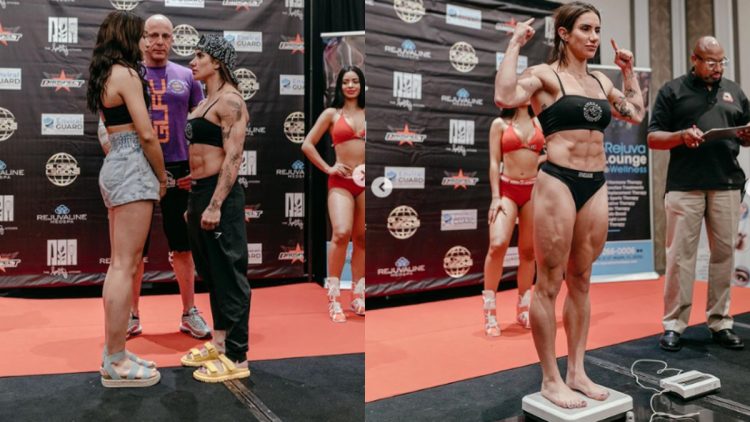 Following a lengthy and successful powerlifting career, Stefi Cohen ventured out to the sport of boxing. It became apparent to her that it was something she loved doing, so she began to train and organize bouts. Up until now, Stefi has been undefeated. However, Devany Cuevas put an end to that, having beaten Stefi at the Global Legion FC21. This event took place on July 8, 2022, in Miami, Florida.

Stefi Cohen lost the match on a unanimous decision from the judges after four rounds of fighting. The exact scores from each judge are not available yet but will be added once they are available. Stefi Cohen stood at 5-foot 1-inch, while her opponent, Devany Cuevas, had a 2-inch height advantage. Devany is also eight years younger than Stefi.

“First of all congratulations to Devany Cuevas for her well-earned victory last night. I’m grateful for the opportunity to step in the ring once more as an athlete.

Because that’s what it’s about for me. I live for this stuff. For the pressure of performing. Feeling of fear, terror. Doubt. For the challenge.”

“As difficult as facing and accepting defeat is, I’m also grateful for the experience and the lessons it brings.”

In her most recent Instagram post after the fight, Stefi Cohen demonstrated how brilliant her thought process is. She understands that a loss is something she can learn from and is not a sore loser.

Related: Stefi Cohen Shares How She Deals With Haters Of Muscular Women

Stefi Cohen has had three bouts prior to this one against Devany Cuevas. Firstly, she beat Haidde Zapa with a TKO in June 2021. Stefi’s second match against Marcela Nieto ended with a majority draw. While the judges unanimously decided that Stefi was better than Karla Valenzuela in her third fight earlier this year.

Stefi Cohen was even more successful as a powerlifter. She competed professionally for five years (2015-2020) and accumulated 15 appearances. Stefi also won eight sanctioned competitions. As if that wasn’t enough, she broke World Records almost any time she stepped onto the powerlifting platform, and even holds some to this day. Most notably, the All-Time Squat (W/Wraps), Deadlift, & Total (Raw W/Wraps) World Records in the 52-kilogram weight class.

It is unclear whether Stefi Cohen plans on continuing her boxing career or pursuing something else. Regardless of the path Stefi chooses, there can be no doubt that her hard work and dedication will bring her success.