Tamara Walcott became the first woman in the history of powerlifting to deadlift 290 kilograms (639.3 pounds) raw. 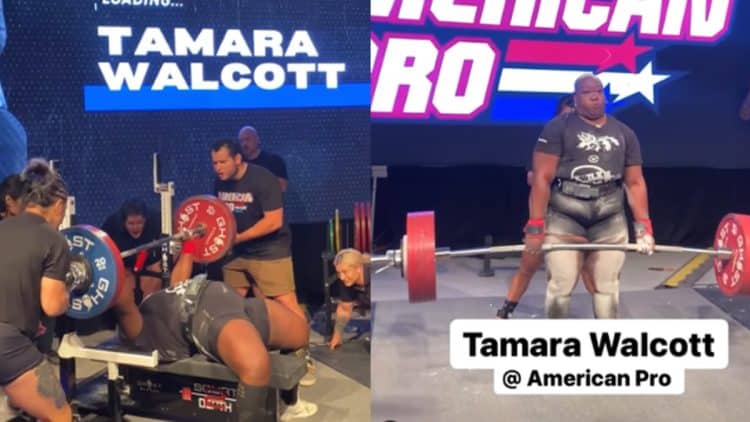 The 2022 WRPF American Pro took place on July 29-30, 2022, in Manassas, VA, and featured a lot of incredible performances. While it was hard to determine who was the most impressive amongst the men, with John Haack and Danny Grigsby making history, Tamara Walcott’s lifts were definitely the highlight of the women’s division.

Tamara Walcott competed in the 140-kilogram weight class and won it with ease. She also finished in second place in the open raw division. Tamara decorated her victory with two All-Time World Records. The first one was a 290-kilogram (639.3-pound) raw deadlift, as she broke the record which was also in her possession prior to this. Tamara set the previous record of 288.5-kilogram (636 pounds) at the 2021 WRPF The Bucked Up Showdown.

“4 years in and I’m here … not by luck but by FAITH …. I WORKED for this … I PRAYED for this ….. why?!?! because when I win so many others do too!!!! The impossible becomes possible for others when they SEE IT happen!”

This was Tamara Walcott’s ninth career powerlifting appearance and her eighth victory. She did add another World Record to her collection, but she is unlikely to stop there. She is now closer to deadlifting 300 kilograms (661.4 pounds) raw than any woman has ever been.

Despite starting powerlifting professionally relatively late at the age of 34 years old, Tamara Walcott accumulated great success. In addition to becoming one of the most influential powerlifters in the world, she is always striving to leave a great platform for the next generation of athletes to prosper upon.