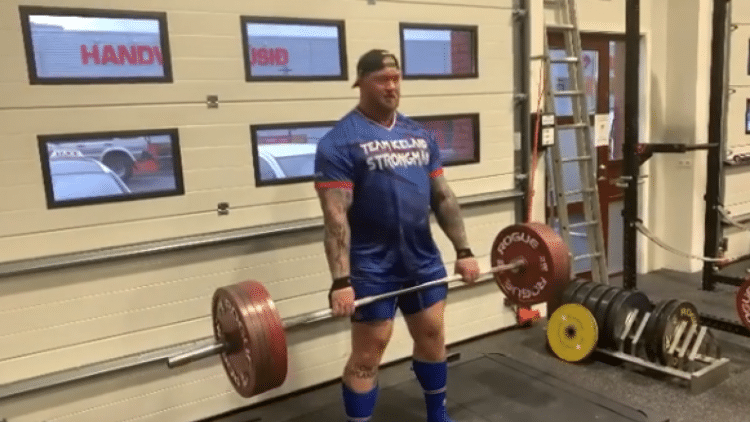 Thor Bjornsson is looking to compete at the upcoming Arnold Strongman Classic, in March. Ahead of this contest, he hit an unbelievable set of deadlifts to ready himself for what’s to come.

In the meantime, Bjornsson has been working really hard to get himself ready for competition. This only became more evident in a recent video he posted to Instagram. In the video, he hits a solid 595lb (270kg) deadlift, for 8 reps. What’s more, is that he did it for three sets.

These are not the heaviest deadlifts that we have seen Thor Bjornsson accomplish. Nevertheless, he hits it for a good amount of reps. Moreover, doing it for three sets means that he is getting in some serious work.

Bjornsson is by far known best for his role as The Mountain on HBO’s Game of Thrones. On the other hand, he has won the title of Iceland’s Strongest Man for nine straight years. Therefore there is no doubt that he is one of the strongest men in the world, despite losing to Martins Licis at the WSM contest earlier this year.

Hopefully, Thor Bjornsson will be able to rebound from that disappointing performance, when he takes to the platform in March. The Arnold Strongman Classic goes down in Columbus, Ohio. Additionally, it will feature athletes from around the world, who worked hard to qualify for the event. Subsequently, Thor will be having to go up against some tough competition.