The 5x Fittest on Earth in the World took her talents to the track to hone her legendary speed. 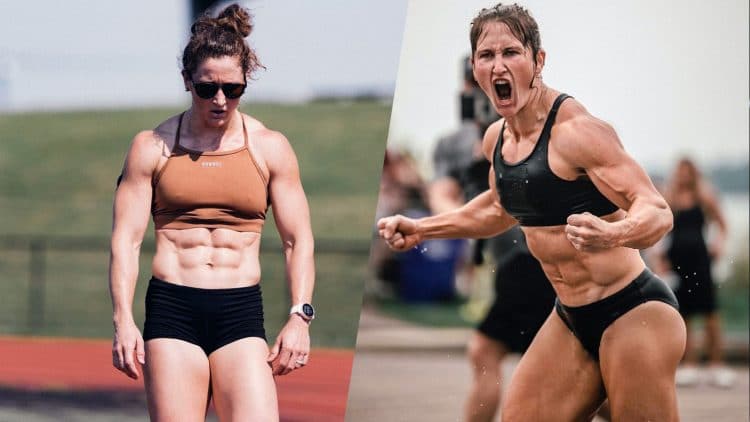 There is no rest for 5x CrossFit Games winner Tia-Clair Toomey. Even after breaking the record for most wins in CrossFit Games, Toomey is working hard to accomplish her bobsled dream. Besides working out she is managing to make the best of her time on Lake Placid.

Tia-Clair actually did some early morning paddle-boarding for a special occasion, as it is her friend Ashley’s birthday and she has never tried it. Later that day, Toomey went to the athletics track, where she covered her sprint training and her reaction time based, explosive warm up.

Tia-Clair is not only preparing for CrossFit, actually she is doing these sprints as a part of her preseason bobsled preparation.  Toomey’s warm up is primarily focused on reaction time, on the mark given by her coach, she has to do an exercise like a push-up or a jumping jack, immediately followed by a short sprint. Another part of Tia-Clair’s warm up is dynamic stretching.

These two parts combined allow Toomey to activate her fast twitch fibers. Her sprint training is focused on improving the sprint technique, which includes driving through the knees and moving the foot to a dorsiflexed position. This would help with the start of the bobsled race, that is getting as much speed as possible from pushing the sled.

Tia-Clair continues with doing some 30 meter sprints, focusing on a straight line leg push, rather than a cycling motion which she uses in CrossFit. Next exercise is a run variation in which Tia-Clair takes two strides with one leg and the same with the other, alternating like that for 30 meters, similar to the two-step technique used in triple jump.

This is not the first time we hear about Toomey’s interest in bobsled, as she has pointed out that bobsledding can be complementary to CrossFit.

“It requires strength, power and speed to propel a sled that can weigh upward of 450 pounds off the starting block.” said Toomey.

Tia-Clair Toomey is already an Olympian, as she has competed in the sport of weightlifting at the 2016 Summer Olympics in Rio de Janeiro, but Toomey hopes to compete for the second time on the bobsled team at the 2022 Winter Games in Beijing.

Tia-Clair Toomey’s sprint workout is, from start to finish, based on explosive movements and reaction time, even avoiding static stretching and doing dynamic stretching instead. A lot of focus is also pointed towards her running technique, which separated Toomey’s running for CrossFit and bobsled. This explains how she manages to get even faster.

Coming off a record-breaking sixth win at the 2022 NOBULL CrossFit Games, the reigning champion Tia-Clair Toomey is set to...